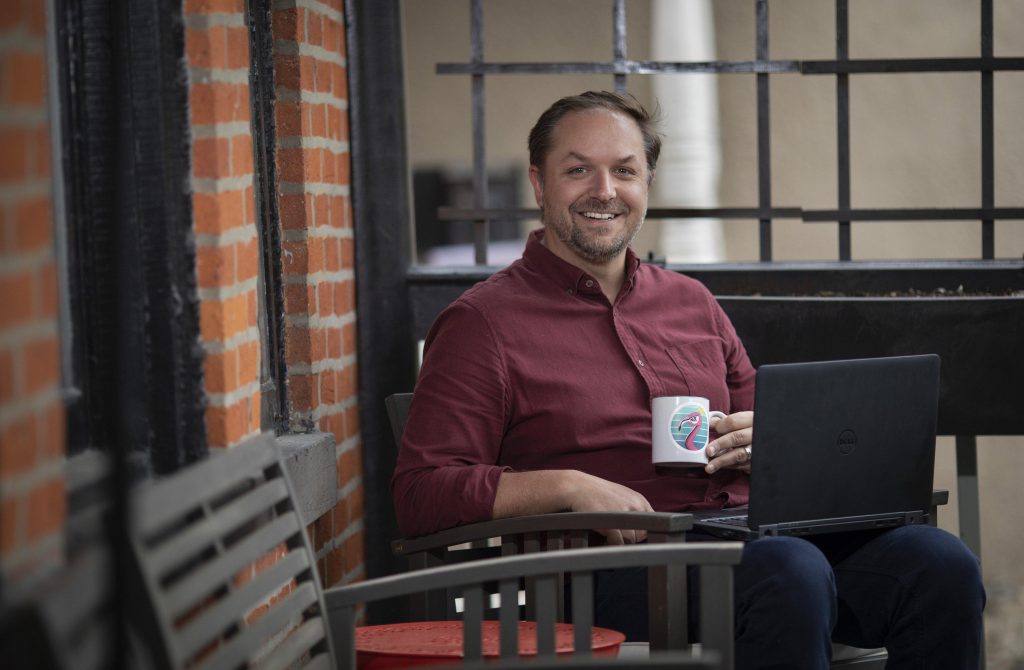 There was the owner of a food safety company who was hours away from telling some of his employees they were out of a job.

There was the owner of a time-keeping company whose business was headed for collapse because there were no more high school sporting events.

And there was the crying restaurant owner with 50 employees at two locations who likely would have closed both.

They are among the thousands of small business owners who for weeks were keeping Bryan Brzozowski up at night — them and the coffee he was consuming like water to power through his work.

They are the people he and his Columbus-based team at J.P. Morgan Chase helped secure loans from the Paycheck Protection Program, the federal government’s coronavirus relief program.

Saving them from financial hardship became Brzozowski’s obsession. He feared letting someone down.

And no matter what the circumstances, he often would blame himself if someone didn’t qualify for a loan.

His wife at one point even hid his phone to save Brzozowski from himself.

“These were life-saving loans, and the stakes couldn’t have been higher,” said Brzozowski, a business relationship manager for Chase. “I was an emotional wreck, but it wasn’t about me. It was a rush to the finish line to make sure their businesses stayed alive and the people they employed came out of this with their jobs.”

The Paycheck Protection Program was established by Congress in late March after many businesses were ordered to shut down because of the coronavirus pandemic. It was designed to allow businesses to keep making payroll for an eight-week period.

But the loan process was chaos for thousands of businesses and bankers like Brzozowski, who scrambled to collect the proper documentation needed to apply and keep up with the rules that seemed to change daily.

The system went live April 3, and the first $350 billion was gone in a matter of days, shutting out thousands of businesses.

About three weeks later, Congress designated an additional $310 billion for the program, setting off another race for bankers to secure loans for desperate businesses. This time there was a little less confusion but no less pressure on the banks, both big and small.

Ohio and many other states have begun to reopen their economies, but more than 36 million people across the country have lost their jobs since the pandemic began.

“It was heartbreaking to listen to the despair from some of the businesses,” said Jenny Saunders, president of FCBank in Worthington. “The first round was frantic and everyone was afraid the money would run out. We would have to call people back again and again and say, ‘Now we need this documentation or this paperwork,’ and so many people didn’t have it. It was frustrating for all. We were trying to build the airplane and fly it at the same time.”

But Saunders and her 40 employees helped hundreds of businesses stay afloat by securing PPP loans.

Saunders had one new client who owned 19 restaurants and needed $1 million to continue paying her employees. Saunders remembers the business owner’s emotional plea for help on a Friday. Then they couldn’t get into the system to file the loan application on Saturday. They were helping other clients on Sunday. Then on Monday the application was filed and the restaurant owner was approved the same day for the loan. About 10 days later, the restaurant owner received the money.

“I know bankers get a bad rap at times, but there are thousands of bankers across the country doing whatever they can to help people,” Saunders said. “We are trying to keep the economy going.”

There is still PPP money available from the second round of funding, and bankers continue to help businesses qualify for the loans.

Chase Business Banking alone estimates it will fund more than $30 billion under the PPP for more than 250,000 loans, helping at least 3 million employees.

In just Ohio, Chase has helped 7,100 businesses at an average loan size of $159,000 totaling about $1.1 billion, according to Chase Business Banking.

Much of the PPP chaos has subsided, but Brzozowski isn’t done helping his clients secure the loans. He understands why some who didn’t get the loans earlier in the process sent him angry emails or blamed him. He took it personally when his clients didn’t get the money they needed.

“There were some rough emails for sure and a feeling some times that I let them down,” Brzozowski said. “It was an emotional roller coaster for all of us, but I’m proud of how many people Chase was able to push across the finish line.”

Brzozowski’s wife even gave him his phone back.