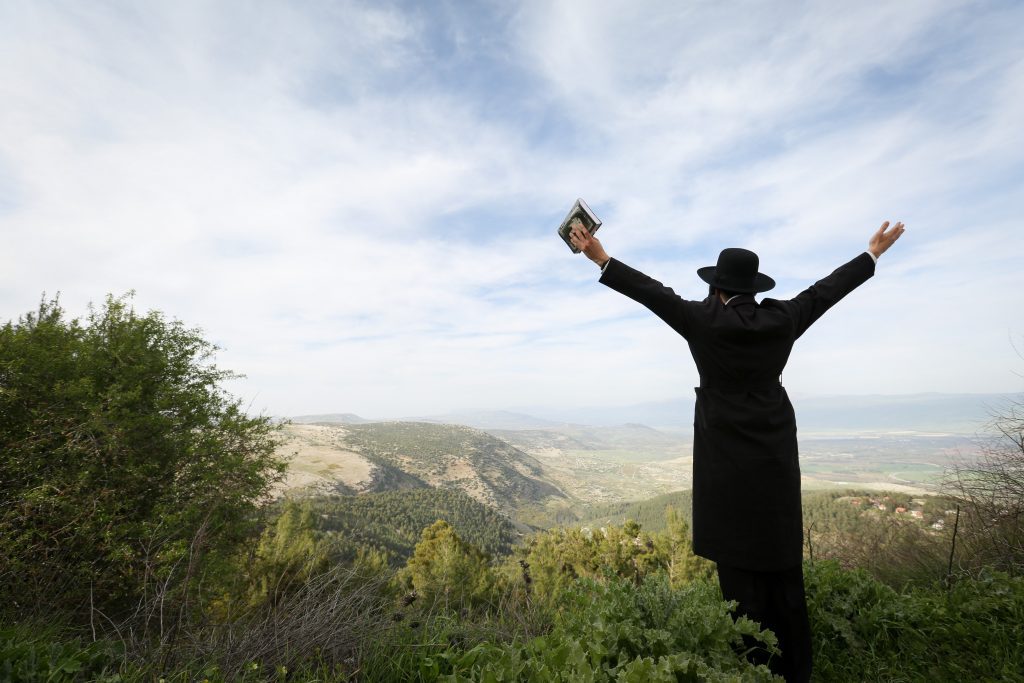 When I was first approached to write for the Shavuos edition of the Hamodia, I was hesitant.

Under any circumstances, I have reservations about writing for a broad audience of backgrounds and interests. This multiplies to a daunting level during this unprecedented time of COVID-19, when crafting a salient message is a task better suited for Torah scholars with more seniority and expertise than myself.

However, I do feel qualified to offer one perspective — that of a simple bystander, experiencing the same scary and unknown world in which we are all living, in the hope that it will provide some level of comfort and chizuk. This thought is not aimed at those who have suffered the loss of a loved one. Such individuals are in the midst of a true personal tragedy, compounded by the complex times we are living through. May Hashem send them nechamah.

Shavuos lends us an opportunity to reflect on the life of Rus and the messages of hope that emanate from it. Specifically, I’d like to highlight the placement of Megillas Rus in the order of the Sifrei Kesuvim to gain some perspective on our current times. If the Kesuvim were ordered chronologically, Sefer Iyov should come first. The Braisa in Bava Basra (14b) explains that the reason that Kesuvim doesn’t start with Sefer Iyov is that it is a book of suffering. Kesuvim rather begins with Megillas Rus.

The Gemara finds this answer quite perplexing. When one looks at Rus’ life, one finds it full of suffering much like Iyov experienced.

Rus was born into difficult circumstances which caused her father to marry her off to a foreigner — an Efrati. She was married for 12 years and remained childless, and then her husband died. As a widow, she experienced famine and slowly lost all her material wealth, and was left with no choice but to collect charity from others. Finally, she married Boaz, only for him to die very soon after the wedding, leaving her alone once again. When characterizing Rus’ life, it can only be described as tragic.

The Gemara wonders if the life of Rus is really different from that of Iyov. If Chazal did not want to start Kesuvim with suffering, switching the opening sefer from Iyov to Rus doesn’t make for such a dramatic change of tone. The Gemara then shares a powerful message: While conceding that Rus’s life was indeed tragic, her suffering was quite different from the life of Iyov, because hers is what Chazal termed paroniyus d’is lei acharis — loosely translated, suffering which has a future. From the suffering of Rus came a future, namely the birth of Dovid and his eventual elevation to king of Klal Yisrael.

Harav Dovid Cohen, in his sefer Ohel Dovid, makes a remarkable observation based on this Gemara, that suffering that leads to happier times is placed in a different category from regular yissurim.

Many events in Jewish history, when viewed with the clarity of distance, continue this trend.

Rabbi Akiva did not allow his horrible tragedy of the loss of his 24,000 talmidim and the conquest and torture by the Romans to stop him from building Torah. While living in a time of great loss, he found the strength to continuously rebuild and established some of the most essential foundations of Torah Sheb’al Peh.

The Tach v’Tat massacres of 1648-49 decimated much of Russian and Polish Jewry. At that time, the Torah infrastructure in those lands was destroyed and many Rabbanim were killed. Some Jews gave up and left the Jewish community. Rabbi Berel Wein has pointed out that it was against the backdrop of this destruction that individuals such as the Baal Shem Tov revitalized Torah. Although his Chassidic movement at that time was seen as a radical revolution, we can now see the critical role it played in revitalizing the Jewish world. Similarly, out of the spiritual upheaval brought by haskalah, the Lithuanian yeshivah system and subsequently the Mussar movement all served to fill the void left by destructive forces, creating something beautiful and eternal.

These events, and indeed all of our history, can never be judged at the time by only looking at the suffering we bore. It is only after a long period of time that we can truly characterize these events. With every tragedy, we don’t know whether the events will be considered the suffering of Iyov, which did not lead to growth, or whether they are similar to those of Rus, and are the catalyst for a brighter future.

Perhaps, even during this time of suffering, we can hold on to hope. We can take the message of Chazal and know that no suffering is truly judged in the here and now, but rather can only be assessed when considering what comes out from it. In cases when Klal Yisrael changes positively from their suffering, those events are not classified as a pure tragedy but are rather seen in the greater context of our history. Individuals who responded and instituted necessary changes to help Klal Yisrael survive are remembered for how they helped shape Klal Yisrael’s future.

While specific answers are not for me to provide, the time seems ripe to consider questions that have surfaced during this seemingly endless quarantine. What have we learned about our family life and the value of quality time spent together? How should we as Jews use this time to forge a new culture in our shuls when we return to them, and our simchos? How can we continue to seek creative ways to disseminate and connect to limud haTorah? These are just a few of the many questions that can be asked.

With the help of Hashem, we will rise to these challenges. We can all hope and pray that one day we will have the opportunity to look back at this difficult time with a new perspective and see it not only for its tragedies, but for the fruits they bore. In that way we will become like Rus, whose life led to Geulah, and our introspection and growth will bring the Geulah as well.

Rabbi Yerachmiel Garfield is the Head of School at the rapidly growing Yeshivah Torat Emet in Houston, Texas.