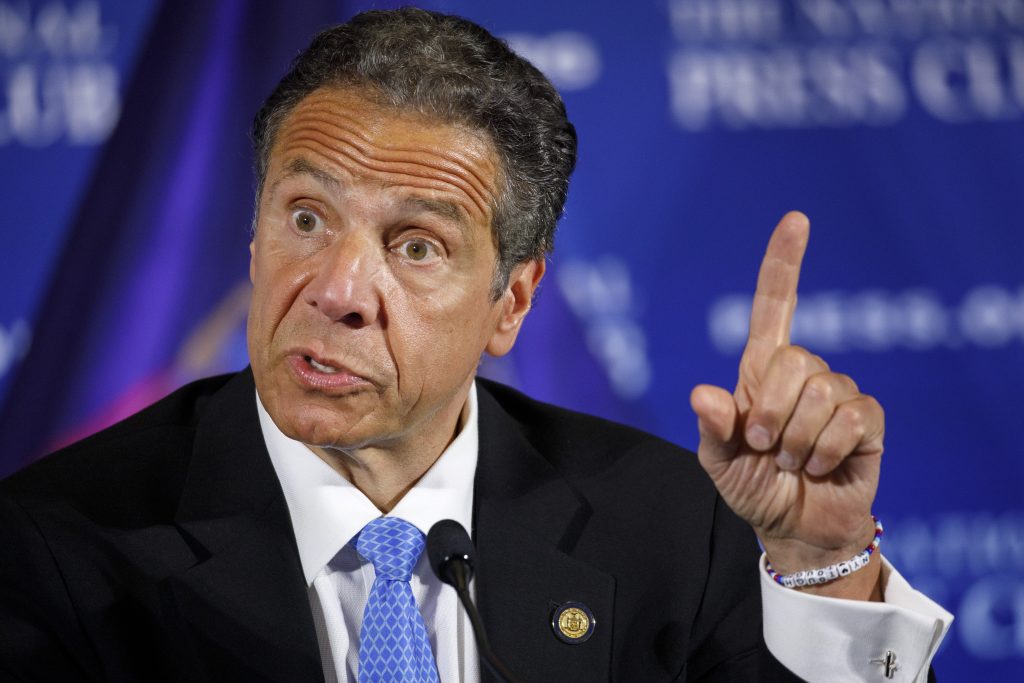 The Democratic governor wants to move quickly on billions of dollars’ worth of infrastructure projects to jump-start New York’s outbreak-ravaged economy.

Cuomo said he talked to Trump about two train tunnels beneath the Hudson River, an expansion of the Second Avenue subway line and a train linking LaGuardia Airport in Queens to Manhattan.

“If he gives us the green light, this is not going to be years of discussion. I have a shovel in the trunk of my car. We’ll start this afternoon,” Cuomo said during a briefing in Washington after meeting the president.

The projects require some federal funding or approval. Cuomo said he and the Republican president, who are often at odds, will talk again next week.

Cuomo also is seeking more federal aid for states like New York that are struggling with revenue shortfalls because of the pandemic. Some Republicans in control of the Senate have opposed the additional aid, and Cuomo continued his harsh criticism.

New York City’s projected budget deficit has grown from $7.4 billion to $9 billion because of revenue shortfalls and new expenses linked to the coronavirus, De Blasio said.

“We do have to come to grips with the fact that on top of the health care crisis, on top of the economic crisis, we are now in a fiscal crisis here in this city,” de Blasio said at his daily briefing Wednesday.

The mayor renewed his call for the U.S. Senate to help cities and states by passing the House’s coronavirus aid package and said that without federal assistance, the nation’s largest city would need borrowing authority from the state to avoid deep cuts to services.

Cuomo dismissed borrowing money to cover his costs when asked about it Tuesday.