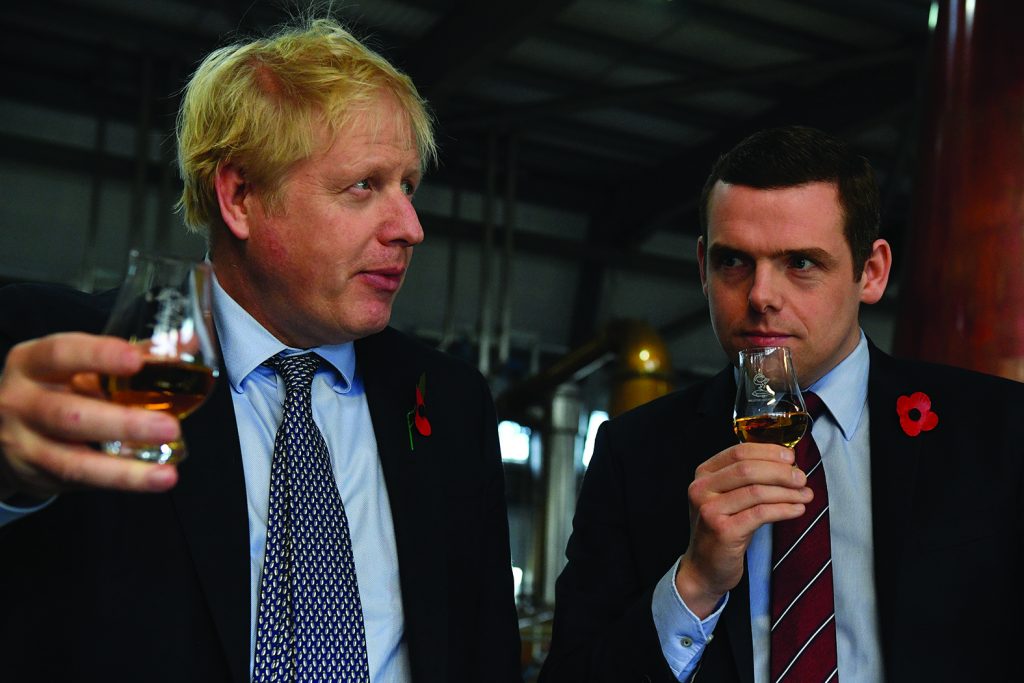 Douglas Ross, a junior minister in the Scotland Office, resigned from the British government on Tuesday over the handling of accusations that the prime minister’s senior adviser had broken the coronavirus lockdown by traveling for help with childcare.

Dominic Cummings, Boris Johnson’s closest adviser, refused to resign on Monday, saying he had done nothing wrong by driving 250 miles to northern England when Britain was under a strict lockdown to prevent the spread of the infection.

Johnson’s defense of Cummings, who worked with the now-prime minister on the campaign to leave the European Union, has stirred anger in his Conservative Party, with several lawmakers calling over the weekend for the aide to quit.

Ross said in a letter he accepted Cummings’ statement when he “clarified the actions he took in what he felt were the best interests of his family” but he added: “However, these were decisions many others felt were not available to them.”

“I have constituents who didn’t get to say goodbye to loved ones, families who could not mourn together, people who didn’t visit sick relatives because they followed the guidance of the government. I cannot in good faith tell them they were all wrong and one senior adviser to the government was right.”

A Downing Street spokesman said: “The prime minister would like to thank Douglas Ross for his service to government and regrets his decision to stand down as Parliamentary Under Secretary of State for Scotland.”

Cummings’ decision to travel during the lockdown has prompted fury among some in Britain, and several lawmakers from the governing Conservative Party demanded the aide be sacked at the weekend after receiving angry messages from voters.

A divisive figure, Cummings is seen by allies and enemies alike as Johnson’s most important and influential strategist.

Handing him the chance to defend himself in front of the media in the Downing Street garden on Monday was a clear signal Johnson was not prepared to succumb to calls to sack his aide, instead doubling down that he had not done anything wrong.

But the row looked set to rumble on.

After Ross’ resignation, Adam Tomkins, a member of the Scottish Parliament, said Cummings should be sacked.

“To lose [Ross] from government is a disaster. His was one of clearest voices for the Union in government. It shows exactly why Cummings should be sacked. I suspect others will follow where Douglas has led,” he said on Twitter.