Technology ‘Where Are the Patients?’ People Are Avoiding Doctors, Hospitals Because of Coronavirus Worries
CoronavirusHealth, Science & Technology 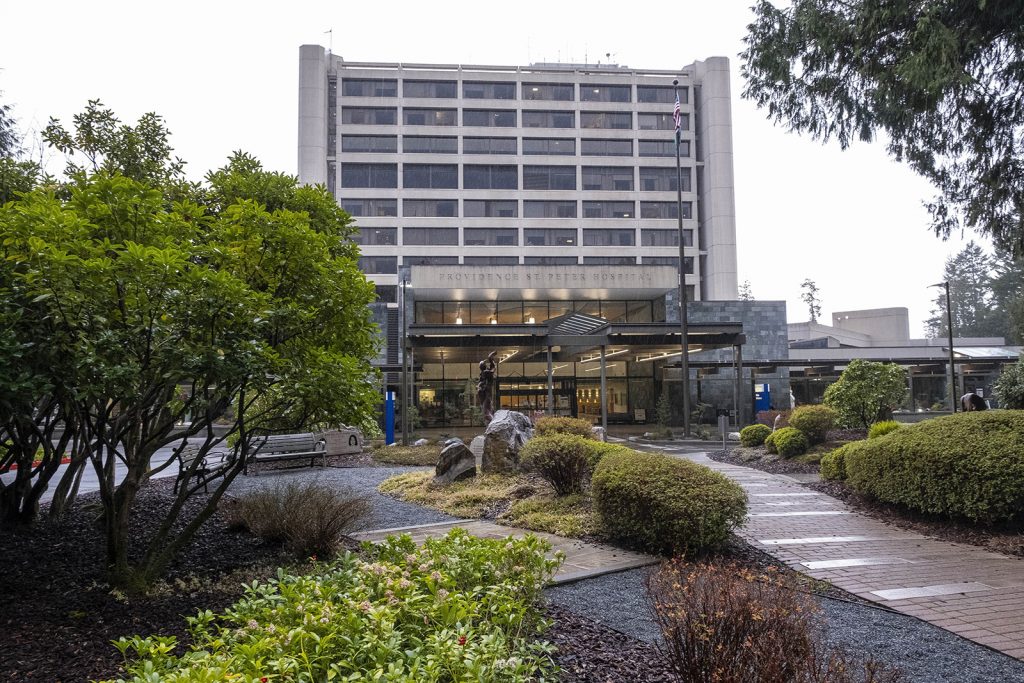 She thought the squeeze radiating between her shoulders was a muscle cramp. She twisted, walked and paced for about five minutes before it subsided.

Her husband, Richard Armstrong, urged her that April Saturday to go to the emergency room.

The pain receded, only to spike sporadically over the next days — twinges of tightness. By Monday evening, though, it had worsened and migrated to her jaw.

Doctors soon whisked her through tests and delivered the news Cheri suspected: She had suffered a heart attack.

“Her artery was about 99% blocked,” said Dr. Daniel Guerra, a cardiologist at MultiCare Pulse Heart Institute in Tacoma. “She was lucky she didn’t have a big heart attack.”

Beginning in March, public officials told Washingtonians to avoid going to the hospital, if possible, fearing a surge of COVID-19 patients would overwhelm the system.

People stayed home, with nationwide outpatient visits dropping some 60% in early April, according to one estimate. Some feared they risked contracting COVID-19 at hospitals. The governor canceled elective surgeries statewide. Many tests and colonoscopies went on hold.

But in recent weeks, as case counts dropped and fears of a massive surge of COVID-19 patients diminished, a chorus of doctors, hospital executives and public officials have beseeched Washingtonians to return.

“Stroke, heart attacks, cancer, trauma, much more — all of this can and should be treated,” said Washington Gov. Jay Inslee in a Monday news conference. “Time is of the essence.”

But now Bonnevie Rogers said she’s seeing patients whose diabetes has worsened, who are struggling with their mental health or who have not vaccinated their children.

‘WHERE ARE THE PATIENTS?’

A national survey of more than 2,200 people conducted in mid-April found that 80% of Americans worried about contracting COVID-19 if they needed to receive medical care.

Some 29% of those surveyed by Morning Consult on behalf of the American College of Emergency Physicians reported they had delayed or avoided receiving care because of these concerns.

“We’ve all come across it. It seems like when people are coming to the hospital they’re sicker. People are nervous about coming,” Guerra said.

What are the costs of delay? The price of missed opportunities?

It will take months, perhaps years, to quantify the consequences of this disruption in care, said Jared Baeten, vice dean of the School of Public Health and professor of global health, medicine and epidemiology at the University of Washington.

“It’s from people having an emergency: A stroke, a heart attack, appendicitis, who fear going into a hospital because of concerns about coronavirus and have a worse outcome and complications as a result — including dying,” Baeten said. “All the way down to people getting disruptions in their regular care.”

Early figures at some local hospital systems show cause for concern.

Across the CHI Franciscan hospital system, which has eight hospitals, emergency department volumes dropped 42% in April when compared to last year, according to data provided by the organization.

“Why are people not coming in?” he said. “Where are the patients?”

In March, the number of patients treated for strokes dropped about 17% systemwide at CHI Franciscan compared to 2019.

The analysis also suggests patients waited longer before receiving care. The median amount of time patients were last known to be well and without symptoms before their arrival at the hospital rose 74 minutes to just over five hours.

In treating strokes, the longstanding adage is “time is brain.” In general, the quicker the treatment, the more nervous tissue can be preserved.

When patients arrive at CHI Franciscan, their time to screening is tracked “to the second almost,” Anderson said.

“That’s how urgent it is,” Anderson said. “If patients sit at home, they’re basically taking it away from us.”

Similar declines in the number of people seeking care for strokes have been noted and discussed in news coverage across the country. Doctors don’t know for sure what’s happening.

Anderson said it could be possible that fewer people are having strokes (and heart attacks) because their lifestyles are less active.

But as social-distancing measures lift, he wonders if some people, after weeks of sedentary living, might suffer heart attacks and strokes in greater numbers.

It’s also possible some people are suffering strokes alone and less likely to become aware of deficits they do not recognize because of social isolation, Osteraas said.

For cancer, the public-health message has been a consistent drumbeat: early detection, early treatment. Get screened.

At CHI Franciscan, colon and some women cancer screenings fell about 81% and 92%, respectively, in April. A month or two of delay isn’t a huge concern, Anderson said, but risks rise if patients delay into next year.

“We almost shifted our paradigm away from what we really worked on for years and years,” McDonnell said, with regard to prevention and even some surgeries. “We were able to continue chemotherapy and those interventions that are either curative or at least prolong life.”

“Those patients end up becoming high risk for picking up some kind of acquired infection,” McDonnell said.

McDonnell said she hopes SCCA hasn’t lost ground for patients, but it will take months to know the effects of delayed care.

“I would imagine we’re going to see a lot of research over the summer,” she said. “Once the data all shakes out, how many of those cancers would be picked up two months later than they would previously?”