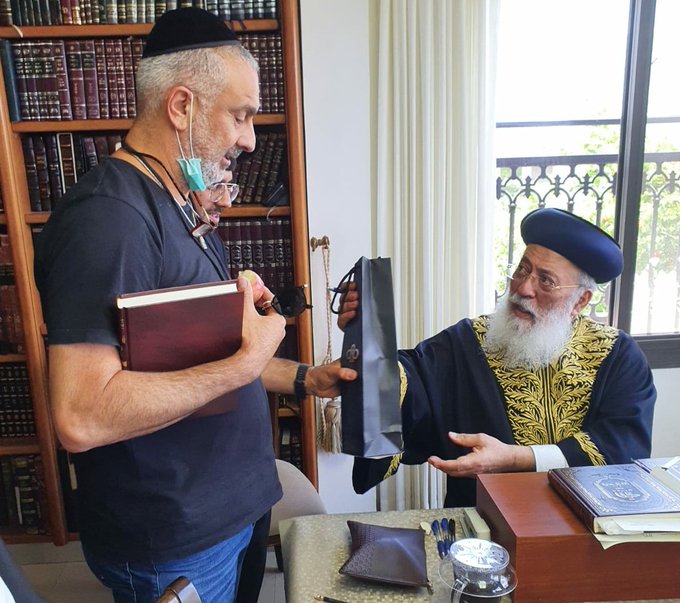 Baruch Ben Yigal, the father of Amit, Hy”d, the IDF soldier killed on May 12, came to the office of the Rishon LeTzion and Sephardic Chief Rabbi of Yerushalayim, Harav Shlomo Moshe Amar this week, after the shivah for his son. Rav Amar gave the bereft father a bottle of wine, asking him to use it to make Kiddush on Shavuos, “and that he should try to do so b’simchah.”

Staff Sergeant Amit Ben Yigal, who served in the IDF’s Golani Reconnaissance Battalion, was killed during an operation to detain terror suspects in the Palestinian village of Yabad. He was struck by a rock that was hurled from the top of a building in the village. After treatment by medics at the scene, Ben Yigal was evacuated by helicopter to the Rambam Medical Center’s intensive care unit, where he succumbed to his wounds.