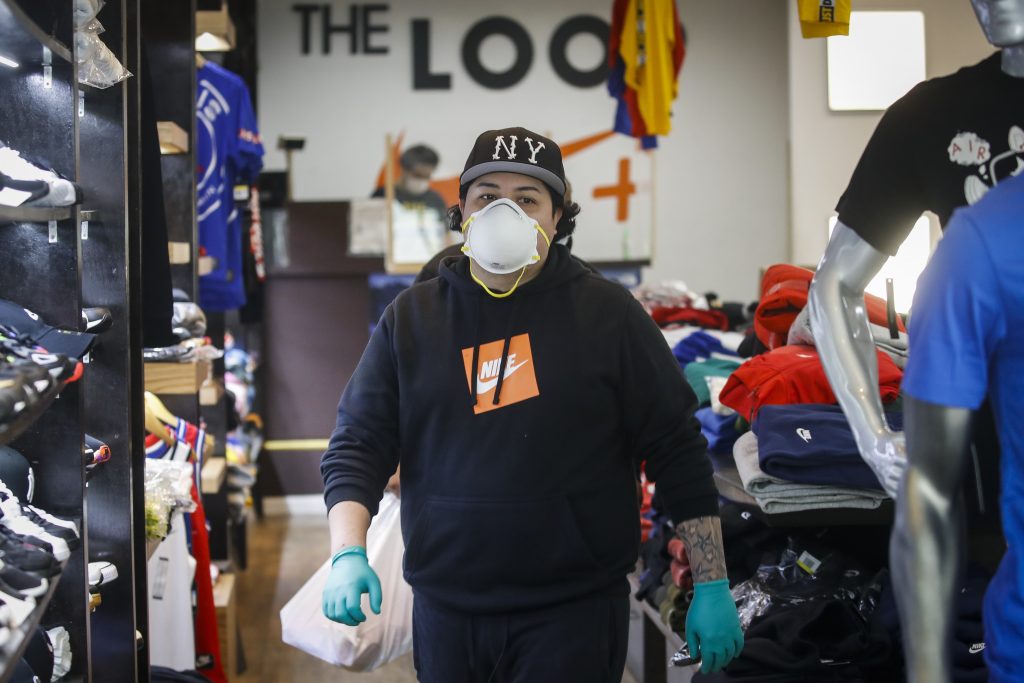 The suburbs north of New York City eased outbreak restrictions and the trading floor of the New York Stock exchange reopened for the first time in two months as the state focused more intently on restarting its economy.

After weeks of declining deaths and hospitalizations, Gov. Andrew Cuomo said it was time to focus on relaunching New York City’s moribund economy.

The Democratic governor laid out a plan that included accelerating major infrastructure projects and tackling transmission of the virus in the hardest-hit neighborhoods after ringing open the Stock Exchange.

“We’re going to turn the page on COVID-19, and we’re going to start focusing on reopening,” he said during a briefing at the exchange.

The mid-Hudson Valley, including the city’s northern suburbs, on Tuesday became the latest region of New York state to begin slowly phasing in economic activity. Long Island was expected to follow Wednesday, which would leave New York City as the only region awaiting the start of reopening.

Cuomo said the state will direct outbreak-fighting resources to 10 city zip codes that account for many of the new hospitalizations. Those cases are coming from mostly lower-income and predominantly-minority neighborhoods, he said.

Citing the need for infrastructure spending to boost the economy, Cuomo announced accelerated timelines for improvement projects at the city’s Penn Station and LaGuardia Airport. He said the state would need help from the federal government for other projects and that he planned to travel Wednesday to Washington and meet with President Donald Trump.

Statewide hospitalization rates continue to decline with about 200 new cases a day. The number of deaths reported Monday dropped to 73, the lowest number since late March.

“In this absurd new reality, that is good news,” Cuomo said.

The largely suburban counties north of New York City entered the first phase of the state’s four-part reopening process Tuesday after meeting criteria for reopening including declining deaths and hospitalizations linked to the coronavirus.

There have been more than 1,300 deaths so far in Westchester County and nearly 500 in the nearby Rockland County. Both of those suburban counties have had more fatalities per capita than Manhattan, where restrictions are expected to stay in place at least into June.

Traders cheered as Cuomo rang the opening bell of the Stock Exchange, which had been closed since March when the state shut down in the face of the virus. Under rules put in place to prevent a resurgence, traders will be required to wear masks and stay 6 feet apart. Anyone entering the exchange will be asked to avoid public transportation.

“We will respect the sacrifices of frontline workers and the city at large by proceeding cautiously, limiting the strain on the health-care system and the risk to those who work beneath our roof,” NYSE President Stacey Cunningham wrote in a Wall Street Journal op-ed.

New York City has hired 1,700 contact tracers who will monitor people infected with the virus and reach out to their close contacts, Mayor Bill de Blasio said Tuesday.

“This is a huge new piece of the puzzle,” de Blasio said at his daily coronavirus briefing. “This is when we go on the offensive and we put in place something that really changes our whole fight against the coronavirus.”

Under Cuomo’s guidelines, the city would need 2,500 contact tracers to enter the first phase of reopening its economy. De Blasio said he expects to meet that target in the first two weeks of June.

LEGISLATURE HEADS BACK TO WORK

The state Legislature will be in session Tuesday for the first time since the coronavirus forced lawmakers home after they passed the state budget in April. A few members of the state Senate and Assembly were expected to travel to Albany to debate and vote on bills from their offices or the chambers while most lawmakers will participate from home through video and teleconference.