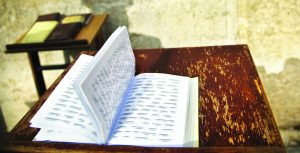 Tefillos were called for across the Jewish world on behalf of the Sanzer Rebbe, shlita, who is to undergo a medical procedure on his heart, on Monday night in Netanya’s Laniado Hospital.

The Rebbe was hospitalized after experiencing a minor heart failure earlier Monday. After extensive testing, it was decided that the Rebbe would undergo cardiac catheterization.

The Sanzer community will gather to daven at 8 p.m. (Israel time), when the procedure is scheduled.

Late Monday afternoon, the sons of the Rebbe, shlita, reported that with chasdei Hashem, the cardiac catherization, was performed and successfully completed by doctors at the Laniado Hospital Sanz Medical Center. The doctors expressed the satisfaction with the situation, and the Rebbe was moved to the recovery ward of the cardiac unit.