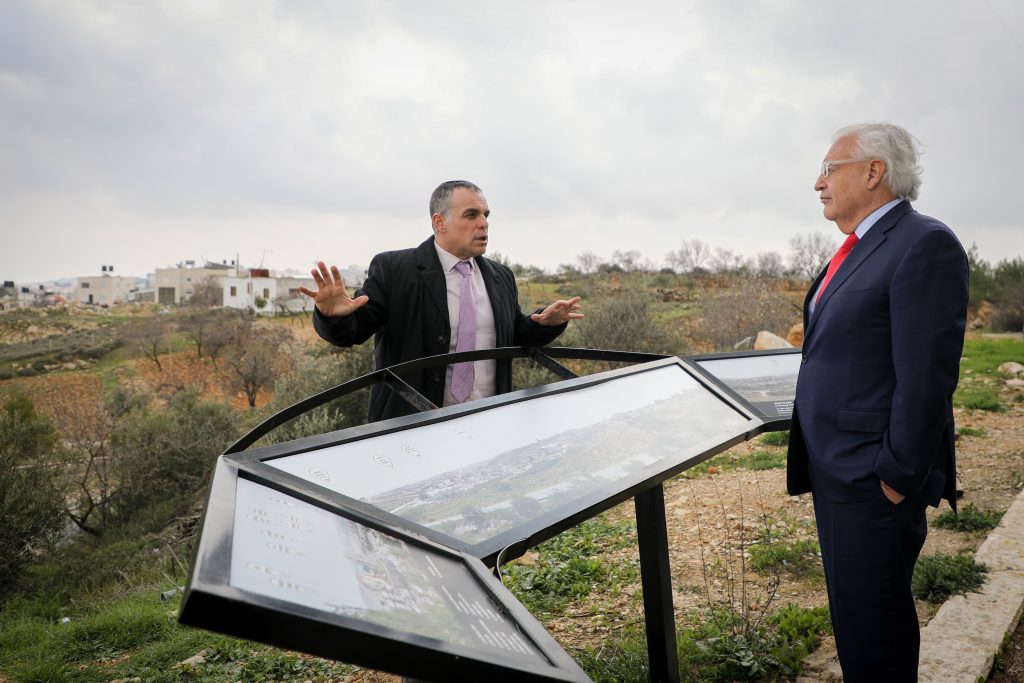 Ayelet Shaked of Yamina said on Monday that she was alarmed by the tentative maps showing the locations where the Israeli government hopes to extend sovereignty in Yehudah and Shomron.

“The heads of the Yesha Council presented me with an alarming map. As of today, the map of sovereignty is alarming, major roads are being cut in Trump’s sovereignty plan,” Shaked said in an interview with Kan Bet.

“Under no circumstances will we agree that the process of applying sovereignty will have with it the recognition of a Palestinian state,” she added.

Yesha leaders charge they have been locked out of the crucial mapping process being conducted by a team of Israeli and U.S. officials.

Yesha Council director-general Yigal Dilmoni said Washington has rejected attempts by his organization to have input in the emerging annexation map, which is to cover 30 percent of Yehudah and Shomron.

“We asked the Prime Minister’s Office if we could be part of the mapping,” Dilmoni said, but the request was turned down, according to The Jerusalem Post.

However, after the Prime Minister’s Office informed Yesha it would accept materials from them pertaining to the plan, they submitted them, only to be notified that American officials said “there would be no changes to the map,” Dilmoni said.

An American source with knowledge of the mapping committee would not confirm or deny the Yesha leader’s claim.

Yesha then mounted a campaign among Knesset members and government ministers to persuade them to back modifications in the proposed map.

The right-wing leaders argue that the map as is would create traffic routes blocking access of Jewish residents to major urban centers.

They are also concerned about hidden details in the plan that would allow de facto building freezes and lead to the destruction of at least 15 Jewish communities.