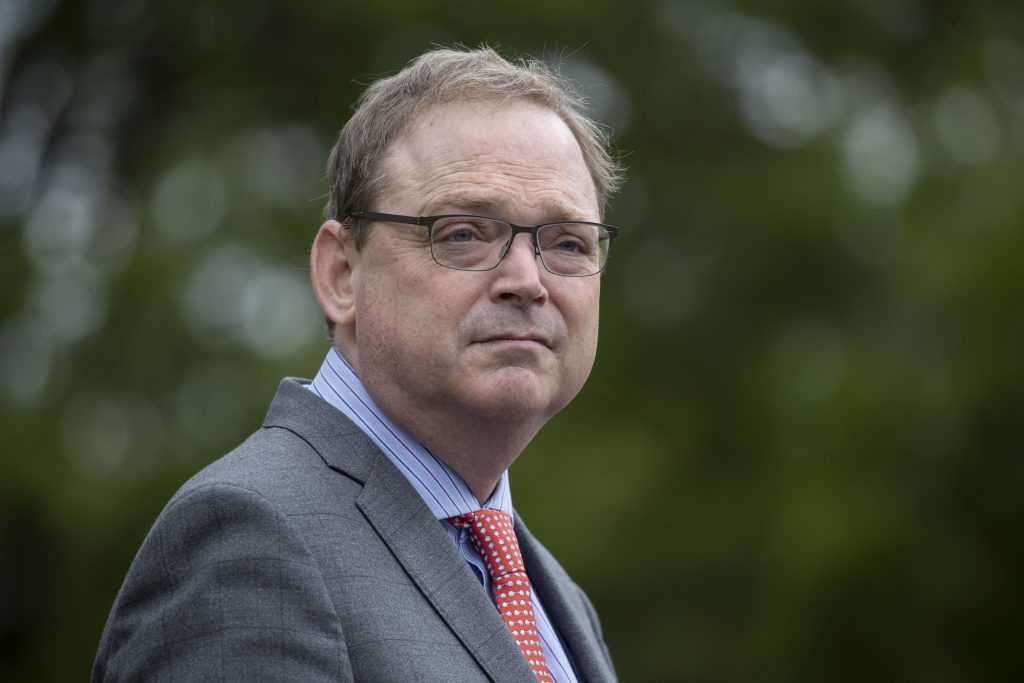 White House economic adviser Kevin Hassett said the U.S. unemployment rate could peak at more than 20% in May and may still be in the double digits around the time of the presidential election in November.

While jobless data are a lagging indicator, business activity is already close to an “inflection point” toward recovery, Hassett said on CNN on Sunday.

The job market, as shown by unemployment figures, is “probably about a month away” from that point.

The insured unemployment rate, or the number of people currently receiving unemployment insurance as a share of the total eligible labor market, rose to 17.2% in the week ended May 9, according to the latest Labor Department report.

“We’re going to see more bad data,” Hassett said. If glitches that marred last week’s data are fixed, the U.S. could “end up with a number north of 20% in May.”

People’s fear of contracting the virus and the absence of a vaccine are likely to weigh on the economy into the fall, Hassett said, though he expressed confidence that it’ll “skyrocket” back in the third quarter after record-setting losses in the second quarter, citing a Congressional Budget Office forecast.

Asked if he sees the unemployment rate in the double digits in November, Hassett said, “Yes, I do.”

“But I think that all the signs of economic recovery are going to be raging everywhere and the only thing we’re going to be debating as economists” is how quickly output will return to where it was before the pandemic, Hassett said.

“Unemployment will be something that moves back slower,” Hassett said. “It could be better than that, but you’re going to be starting at a number in the twenties and working your way down. So of course you could not be back to full employment by September or October. If there were a vaccine in July, I’d be way more optimistic.”

With Congress debating a possible fourth economic stimulus bill, Hassett accused Democrats of backing “absurd” requests for aid to local and state governments that he said are seeking “radically more money” than their expected budget shortfalls related to the virus crisis.

“There’s a lot of money for the states already,” and “I don’t know” whether a needs analysis will support the Democratic-led forecasts, he said.