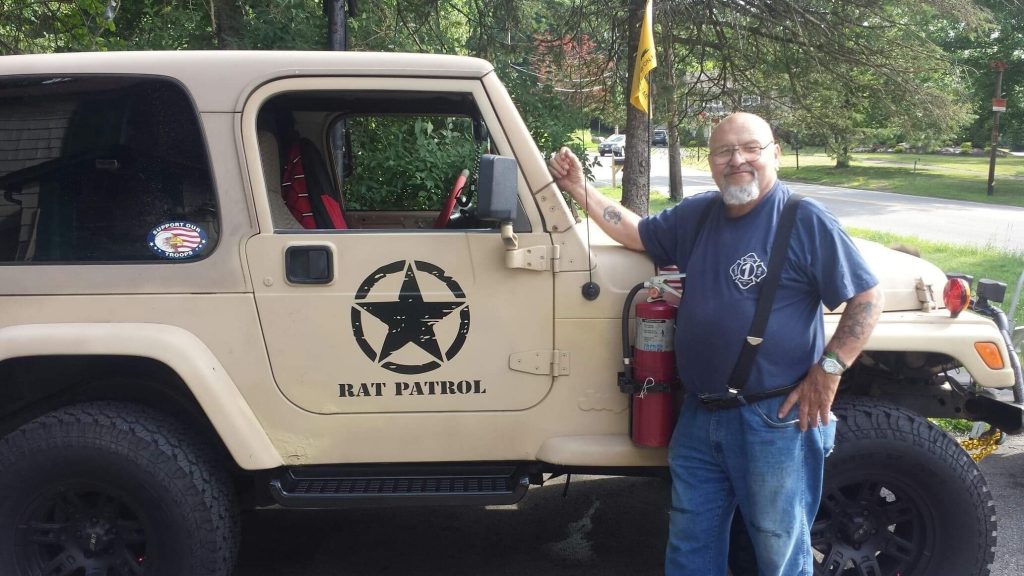 One was a 94-year-old veteran of World War II who was the first of his 11 brothers to enlist in the military. One was a Vietnam veteran who lost his leg overseas and was always touched when people thanked him for his service. Another was drafted into the military at 18 and won a Purple Heart.

They are among the untold number of veterans who served and survived during times of war only to die in recent weeks from the coronavirus.

This year’s Memorial Day will pay tribute not only to those who died on the battlefield but to more recent fallen soldiers. And in a reminder of the way the coronavirus has transformed American lives and traditions, many of the usual Memorial Day gatherings have been either canceled or curtailed — mindful of the pandemic that has already killed more than 90,000 people in the U.S.

It’s making the situation even more painful for the relatives of those veterans who have died from the virus.

Robert Hopp was one of at least 79 residents of a veterans’ home in Paramus, New Jersey, to die from COVID-19, making the state-run facility one of the nation’s worst hot spots for the virus.

He served two and a half tours during the Vietnam War and received a Purple Heart after he was hit with enemy fire while in a helicopter. Everyone else on board the chopper died, but Hopp managed to climb into the pilot’s seat and fly to safety.

After being hospitalized recently for diabetic complications, his health deteriorated quickly and he died in April. He was 70 years old.

His family is at a loss about how they will mark the occasion.

“We couldn’t even have a funeral for him yet,” said stepson J.J. Brania-Hopp. “There’s not really anything we can do right now. All we’ll probably do is talk about him, maybe go for a walk out in the sun.”

The toll of the virus on military veterans has been particularly harsh. They are older, have underlying health problems, and many reside in facilities that have been breeding grounds for the disease.

According to the Department of Veterans Affairs, more than 1,000 veterans have been killed by the coronavirus. That does not include hundreds more who have died in state-run veterans’ homes, including hard-hit facilities in New Jersey, Massachusetts and Louisiana.

“The last couple weeks have been hard,” said Neal Hebert, whose father died at a veterans’ home in Reserve, Louisiana. “I’m an only child and I’ll routinely have the impulse of going ‘Oh, I need to call Dad and tell him this thing.’ And it hits me that I can’t do that.”

His father, Berlin Hebert Jr., lost a leg from a land mine during the Vietnam War. He rarely talked about the war but made his son promise to never join the Army. It was only in recent years that he became more proud of his service, after the widower moved to the Southeast Louisiana Veterans Home.

It was there he would attend Veterans Day services, and he felt people acknowledged his time in the military, a gesture that moved him.

“It always made him cry,” Neal Hebert said.

In March, after learning that a resident in the home had tested positive for COVID-19, Neal Hebert became concerned about his 74-year-old father’s safety. He was assured by a nurse that his mobility-impaired father had not been exposed to the virus. But within days, Berlin Hebert was hospitalized with the telltale respiratory symptoms.

His condition quickly deteriorated and his son had to say goodbye to him over the phone, his father too weak to say anything back.

Neal Hebert isn’t planning any remembrance for his father on Memorial Day, but he eventually hopes to scatter the ashes of his father and mother outside their longtime home as loved ones look on.

Others around the country are struggling to find ways to honor fallen heroes on a Memorial Day like no other, with people avoiding crowds to prevent the spread of the virus.

Many ceremonies and parades have either been canceled or moved online. The American Legion post in Wildwood, New Jersey, planned to hold a drive-by parade Sunday and encouraged the town’s residents to participate in a patriotic house-decorating contest.

The Vietnam Veterans Memorial Fund traditionally holds a large ceremony in Washington. This year, the organization decided to hold a virtual ceremony and share video messages submitted by the loved ones of fallen troops.

The National Infantry Museum in Columbus, Georgia, has also opted to hold an online ceremony. The town of Seymour, Connecticut, planned a route that will pass by the homes of local veterans Monday. Other ceremonies are going forward with scaled-back crowds or fewer participants.

Charles H.F. Davis III said Memorial Day has always had a special significance in his family due to his relatives’ long history of serving. But this year, the pandemic has prevented the aging and geographically scattered family from planning a specific observance to mark the death of his step-grandfather.

Ben Davis Jr. was the first of 11 brothers to enlist in the U.S. military when he joined the Navy in 1944 during World War II. Combined, the brothers would go on to serve 158 years in the armed forces. Davis Jr. served in the Navy, U.S. Army Reserve and Alabama National Guard. He later became a surgical assistant with the Tuskegee Veterans Hospital and was also a youth baseball coach.

Davis Jr. died in April at the age of 94 after contracting the virus at the Bill Nichols State Veterans Home in Alexander City, Alabama, his step-grandson said. At least 91 residents of the veterans’ home have tested positive for COVID-19, and 23 have died, according to Bob Horton, spokesman for the Alabama Department of Veterans Affairs.

Davis III, an assistant professor at the University of Southern California, said his grandfather’s death is especially gnawing because he was a black veteran, and the virus has had an inordinate impact on minority communities.

“Elders hold a special significance, especially in black communities,” said Davis III. “Not being able to pay them the proper reverence and homage has been really difficult.”