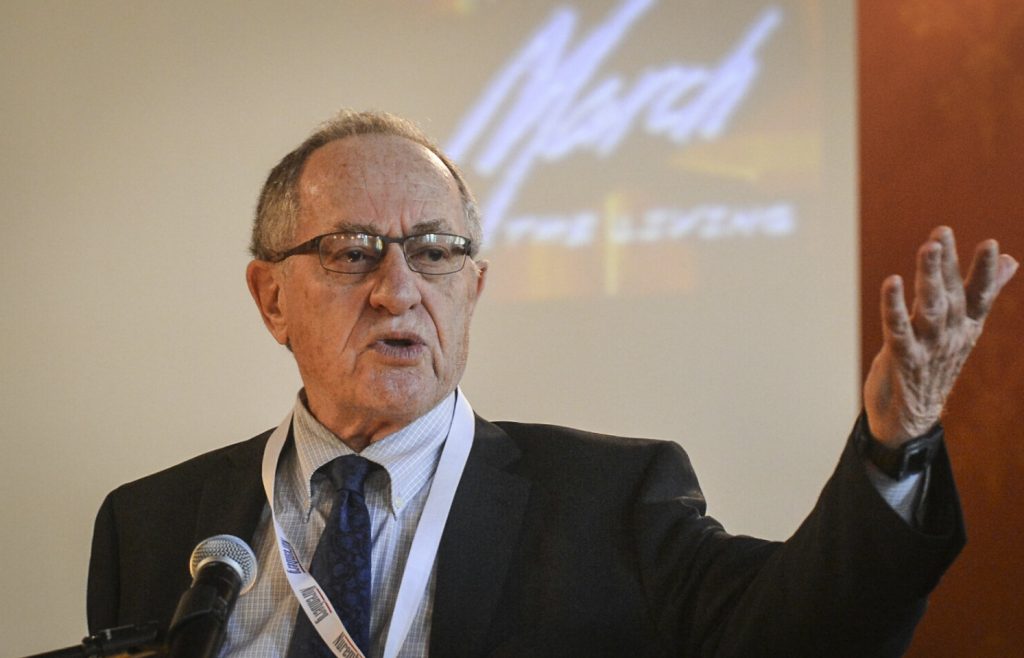 Professor Alan Dershowitz, a distinguished lawyer and Harvard law professor, said in an interview with Army Radio Sunday morning, hours before the opening of trial of Prime Minister Binyamin Netanyahu that “Netanyahu’s trial poses great danger to democracy and the rule of law. This is the first time in the history of any modern country that a man is being prosecuted for trying to gain positive media coverage.”

Netanyahu has denied any wrongdoing, and has dismissed the charges against him as a “witch hunt” by media and law enforcement.

When talking about the criticism against Attorney General Avichai Mandelblit, Dershowitz said: “It’s a terrible thing to call the attorney general a criminal; he’s not. He is a decent person with which I disagree. In a democracy there’s a place for criticism against those who make mistakes, but you can’t threaten them or call them criminals.”

Knesset Speaker Yariv Levin (Likud) said that “the day of the opening of Prime Minister Binyamin Netanyahu’s trial will be remembered as one of the low points of the Israeli legal system.

“The charges against the prime minister are unprecedented in Western democracies,” Levin wrote. “Their realm, if at all, should have been the ethical and noncriminal sphere, and it’s no wonder that the world’s top jurists have been harshly criticizing it.”

Levin was seemingly referring to the comments of Dershowitz.

“Binyamin Netanyahu won an unprecedented vote in the last election, with the Likud under his leadership receiving the highest number of votes any list has received since the establishment of the state. It was a personal expression of confidence in the prime minister and his leadership, and also a protest in the face of the improper procedure being taken against him,” Levin continued.

Levin also presented Netanyahu as a victim of a hostile law enforcement system: “As one who knows Prime Minister Netanyahu closely, as well as his work and his commitment to the State of Israel and the citizens of Israel, I know that he was done a terrible injustice. I believe that any decent person who examines the cases and the proceedings prior to filing the indictments will immediately conclude that these cases must result in only one way – a collapse.

“I, like millions of Israeli citizens, stand with the prime minister today. With the truth. With justice,” Levin concluded.