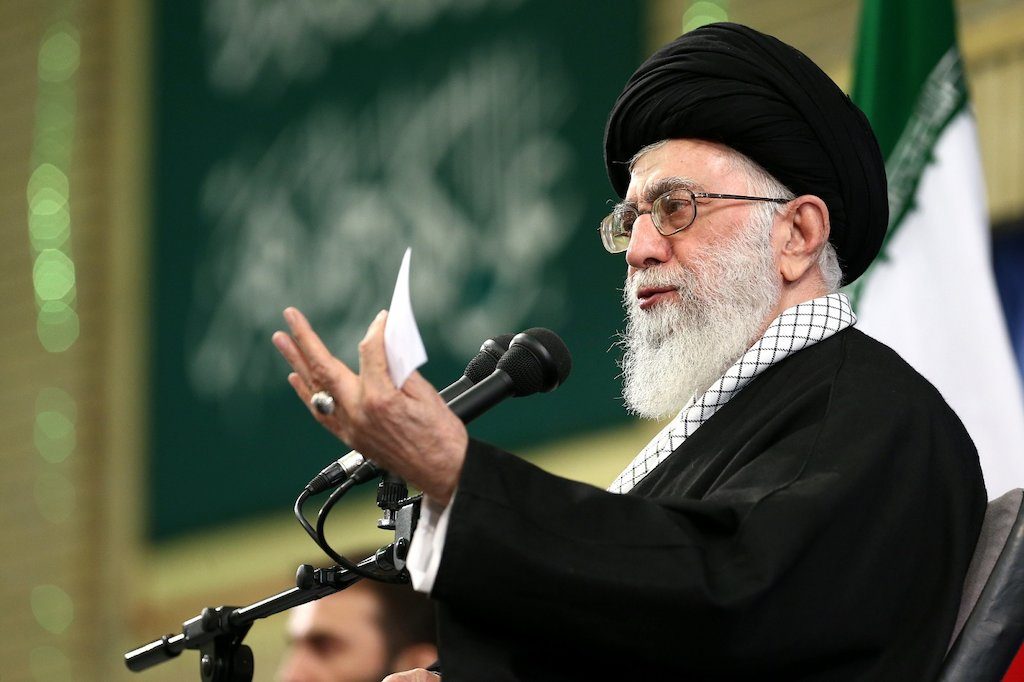 Iran’s Supreme Leader Ayatollah Ali Khamenei called on Palestinians on Friday to continue their uprising against Israel, suggesting the Israeli government was a “tumor” that should be confronted until Palestinians were liberated.

Opposition to Israel is a touchstone of belief for Shiite-led Iran, which backs Palestinian and Lebanese Islamic terror groups opposed to peace with Israel, which Tehran refuses to recognize.

“The uprising by Palestinians should continue … fight to liberate Palestine is an obligation and an Islamic jihad … The Zionist regime (Israel) is a cancerous tumor in the region, Iran’s top authority Khamenei said in an online speech.

“The long-lasting virus of Zionists will be eliminated.”

Khamenei and other senior Iranian officials have called repeatedly over the years for an end to Israel, including through a referendum in the region, where Palestinians are in the majority.

“Today, the world is counting one by one every victim of the coronavirus across the globe, but nobody has asked who is responsible for the hundreds of thousands of martyrdoms, imprisonments and disappearances in Palestine and in countries where the U.S. and Europe have waged wars?” he said.

“The long-lasting virus of Zionists will be eliminated.”

Khamenei reiterated the call in his speech on Quds Day, held on the last Friday of the Muslim month of Ramadan and which was declared by Ayatollah Ruhollah Khomeini, founder of Iran’s 1979 Islamic Revolution.

However, Iran’s clerical rulers had to cancel annual nationwide rallies marking Quds Day due to the coronavirus outbreak. Iran is one of the most-affected countries in the region with 7,249 deaths and a total of 129,341 infections.

Khamenei also compared Israel to the coronavirus during the speech, while saying his anti-Israeli views were not anti-Semitic.

However, in the days running up to Friday, his office released a cartoon graphic showing smiling Iranian-backed forces, Arabs and two Orthodox Jews in Yerushalayim under a headline that included the phrase “the final solution.” Nazi Germany used the phrase “final solution” to describe its plan for the Holocaust, in which its forces killed six million Jews in World War II.

The image later was deleted from Khamenei’s Twitter account and other places, though it remains on the Farsi-language version of his official website. Israel’s Foreign Ministry offered a tweet of its own over the picture, writing: “We have experience with leaders who talk about ‘final solutions,’ and we promise: Not on our watch.”

“Such statements are totally unacceptable and represent a deep source of concern. They are also incompatible with the objective of a stable and peaceful Middle East region pursued by the EU.

“The European Union reiterates its fundamental commitment to the security of Israel.”