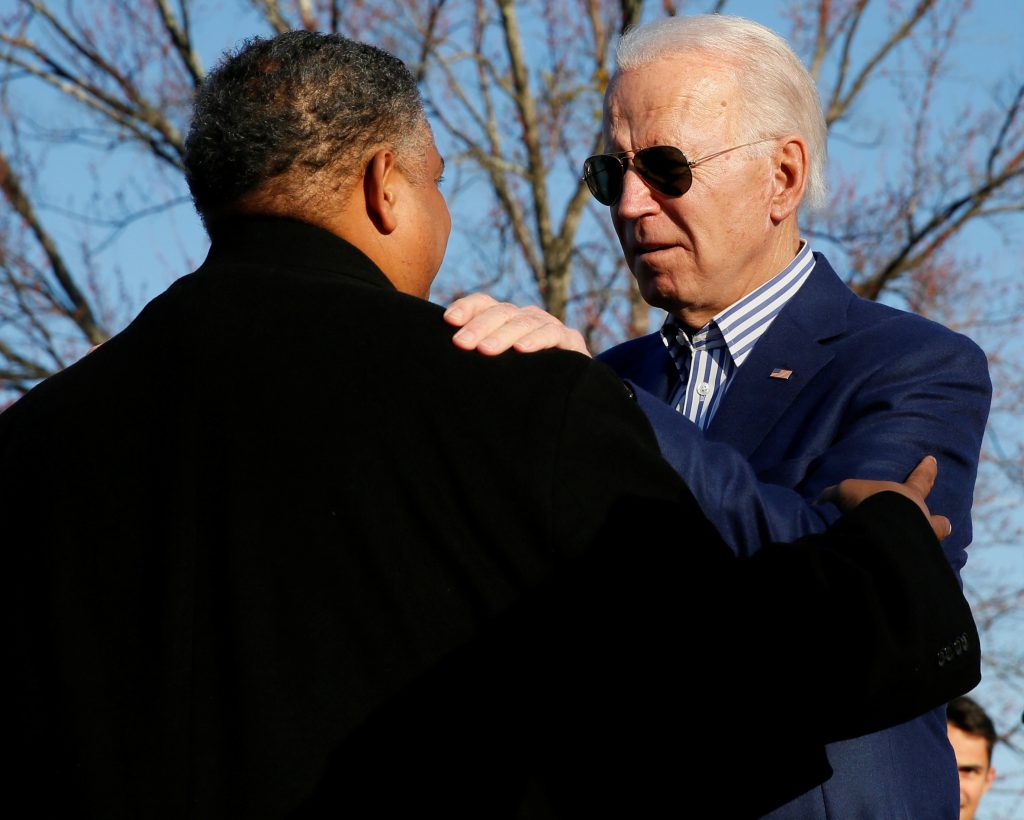 The remark came during a contentious interview on a popular black radio show, in which Biden was pressed to defend his record on issues affecting black communities.

The Trump campaign and its allies seized on the comment, calling it “racist” and evidence that Biden hasn’t earned the black vote.

“It is clear now more than ever, following these racist and dehumanizing remarks, that Joe Biden believes Black men and women are incapable of being independent or free thinking. He truly believes that he, a 77-year-old white man, should dictate how Black people should behave,” said Katrina Pierson, a senior adviser for the Trump campaign, who is black.

The exchange occurred after a Biden staffer attempted to cut off the interview and the host said, “You can’t do that to black media.” He then told Biden he needed to come back on the show before November because they had more questions for him.

“You got more questions, but I’ll tell you if you have a problem figuring out whether you’re for me or Trump, then you ain’t black,” Biden said.

“It don’t have nothing to do with Trump, it has to do with the fact – I want something for my community,” the host said.

The backlash was swift and the Biden campaign quickly defended the remark as an unserious quip.

“The comments made at the end of the Breakfast Club interview were in jest, but let’s be clear about what the VP was saying: he was making the distinction that he would put his record with the African American community up against Trump’s any day. Period,” said senior campaign adviser Symone Sanders, who is also black.

During the Democratic presidential primary, The talk show became a must stop for candidates who went on the show knowing the hosts would ask difficult and, at times, uncomfortable questions. But this was Biden’s first appearance.

The interview was tense from the start. At one point, Biden said, “You don’t know me,” and the host responded, “No, I don’t.”

Biden was defiant about his support for the black community over his long career and pushed back on the idea that only older black voters supported him.

Sen. Tim Scott of South Carolina, the only black Republican in the Senate, accused Biden of telling the 1.3 million black Americans who voted for Trump in 2016 that they aren’t really black.

“I’d say I’m surprised, but it’s sadly par for the course for Democrats to take the black community for granted and brow beat those that don’t agree,” he said.