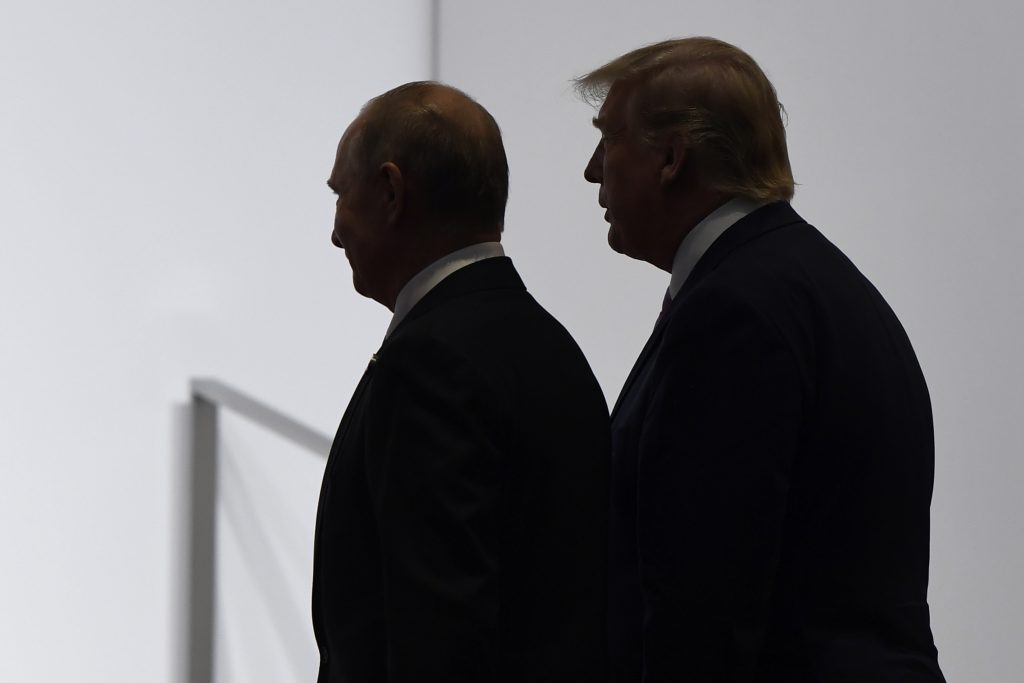 The Trump administration notified international partners on Thursday that it is pulling out of a treaty that permits 30-plus nations to conduct unarmed, observation flights over each other’s territory — overflights set up decades ago to promote trust and avert conflict.

The administration says it wants out of the Open Skies Treaty because Russia is violating the pact, and imagery collected during the flights can be obtained quickly at less cost from U.S. or commercial satellites. Exiting the treaty, however, is expected to strain relations with Moscow and upset European allies and some members of Congress.

President Dwight Eisenhower first proposed that the United States and the former Soviet Union allow aerial reconnaissance flights over each other’s territory in July 1955. At first, Moscow rejected the idea, but President George H.W. Bush revived it in May 1989, and the treaty entered into force in January 2002. Currently, 34 nations have signed it; Kyrgyzstan has signed but not ratified it yet.

More than 1,500 flights have been conducted under the treaty, aimed at fostering transparency about military activity and helping monitor arms control and other agreements. Each nation in the treaty agrees to make all its territory available for surveillance flights, yet Russia has restricted flights over certain areas.

Last month, top Democrats on the Foreign Affairs and Armed Services committees in both the House and the Senate wrote to Trump accusing the president of “ramming” a withdrawal from the treaty as the entire world grapples with COVID-19. They said it would undermine U.S. alliances with European allies who rely on the treaty to keep Russia accountable for its military activities in the region.

“The administration’s effort to make a major change to our national security policy in the midst of a global health crisis is not only shortsighted, but also unconscionable,” wrote Rep. Adam Smith, D-Wash., Rep. Eliot Engel, D-N.Y., and Sens. Jack Reed, D-R.I., and Bob Menendez, D-N.J.

“This effort appears intended to limit appropriate congressional consultation on, and scrutiny of, the decision,” they wrote.

They said they weren’t moved by the defense secretary’s argument that $125 million to replace aging aircraft used for treaty verification, which was already appropriated by Congress, is too costly. “The total cost of replacing the aircraft is a tiny portion of the overall defense budget,” they said.

Earlier this month, 16 former senior European military and defense officials signed a statement supporting the treaty, saying that a U.S. withdrawal from the treaty would be a blow to global security and further undermine the international arms control agreements.

The officials asked the U.S. to reconsider its exit. But if the U.S. leaves, they called for European states to stay in the treaty, fulfill obligations under the treaty and refrain from restricting the length of observation flights or banning flights over certain territories.

Senior administration officials said Trump last fall ordered a comprehensive review of the costs and benefits of U.S. participation in the Open Skies Treaty. At the end of an eight-month review, which included extensive input from allies, it became clear that it was no longer in America’s interest to remain party to the treaty, the officials said. The U.S. notified other members of the treaty on Thursday, and the United States will formally pull out in six months.

The senior administration officials said Russian violations of the treaty were the main reason for exiting the treaty. They said Russia has restricted flights over Moscow and Chechnya and near Abkhazia and South Ossetia. Russian restrictions also make it difficult to conduct observation in the Kaliningrad, a Russian enclave sandwiched between Lithuania and Poland that is home to Russia’s Baltic fleet, they said.

Russia uses illegal overflight restrictions along the Georgian border in support of its propaganda narrative that the Russian-occupied enclaves of Georgia are independent countries. The senior administration officials said that amounted to an illegal restriction, under the treaty, coupled with a narrative that justifies Russia’s regional aggression.

The U.S. has been working on a proposal to backfill partners and allies with imagery that the U.S. would have shared from its open skies flights.