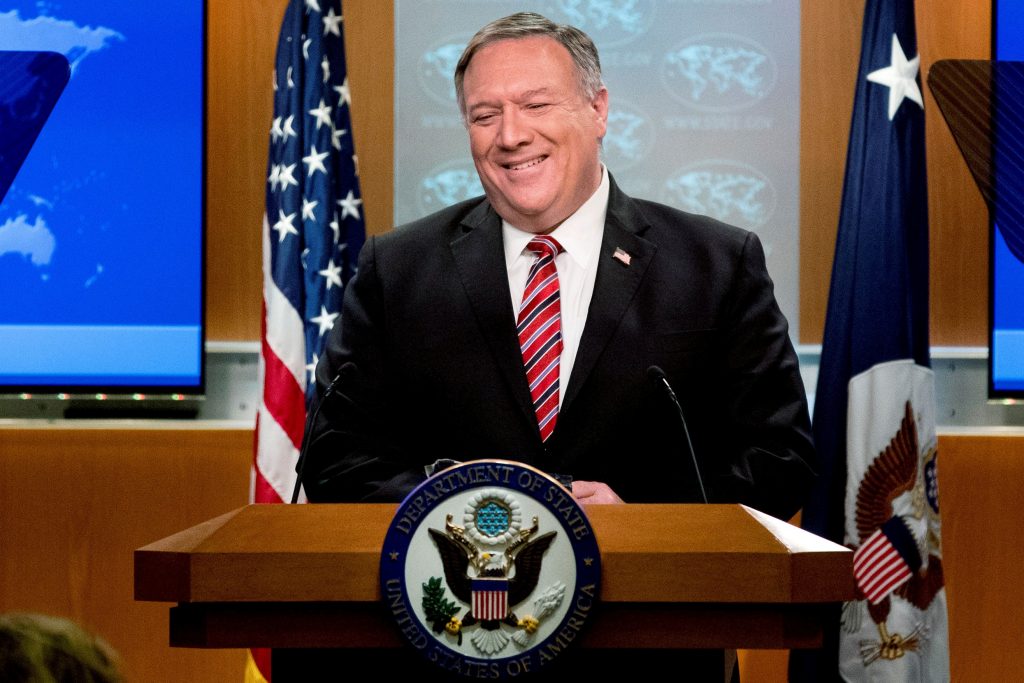 Secretary of State Mike Pompeo took fresh aim at China over the coronavirus on Wednesday, calling the $2 billion Beijing has pledged to fight the pandemic “paltry” compared to the hundreds of thousands of lives lost and trillions of dollars of damage.

Pompeo rejected President Xi Jinping’s claim that Beijing had acted with transparency after the outbreak in China, and said if Xi wanted to show that, he should hold a news conference and allow reporters to ask him anything they liked.

“President Xi claimed this week that China is acting with openness, transparency, responsibility. I wish it were so,” Pompeo told a State Department news conference, charging that Beijing continued to withhold virus samples and access to facilities, to censor discussion, “and much, much more.”

U.S.-China tensions have spiked in recent weeks, with Pompeo and President Donald Trump slamming Beijing’s handling of the outbreak. The United States has been hardest hit in the global pandemic.

At a time when many nations are urging unity and cooperation to ramp up the virus battle, Trump has proposed quitting the World Health Organization over its response and called it a “puppet of China,” while Xi has pledged it $2 billion.

“I look forward to seeing them fulfill that $2-billion commitment,” Pompeo said. “China’s contributions to fighting the pandemic are paltry, compared to the cost that they have imposed on the world.”

“This plague has cost roughly 90,000 American lives, more than 36 million Americans have lost their jobs since March; globally 300,000 lives. Could be as much as $9 trillion, according to our estimates, cost imposition on the world of the Chinese Communist Party’s failures,” Pompeo said.

In Beijing, China called Pompeo “extremely irresponsible,” and urged him to explain shortcomings in the U.S. response to the virus.

“Why did it fail to stem the fast spread of coronavirus in the United States? He has a responsibility to explain this to the world.”

Pompeo also accused China of threatening Australia with “economic retribution” for seeking an independent inquiry into the outbreak’s origins and charged that WHO Director-General Tedros Adhanom Ghebreyesus had had “unusually close ties to Beijing … long before this current pandemic,” something “deeply troubling.”

The WHO did not immediately respond to a request for comment on Pompeo‘s accusations.