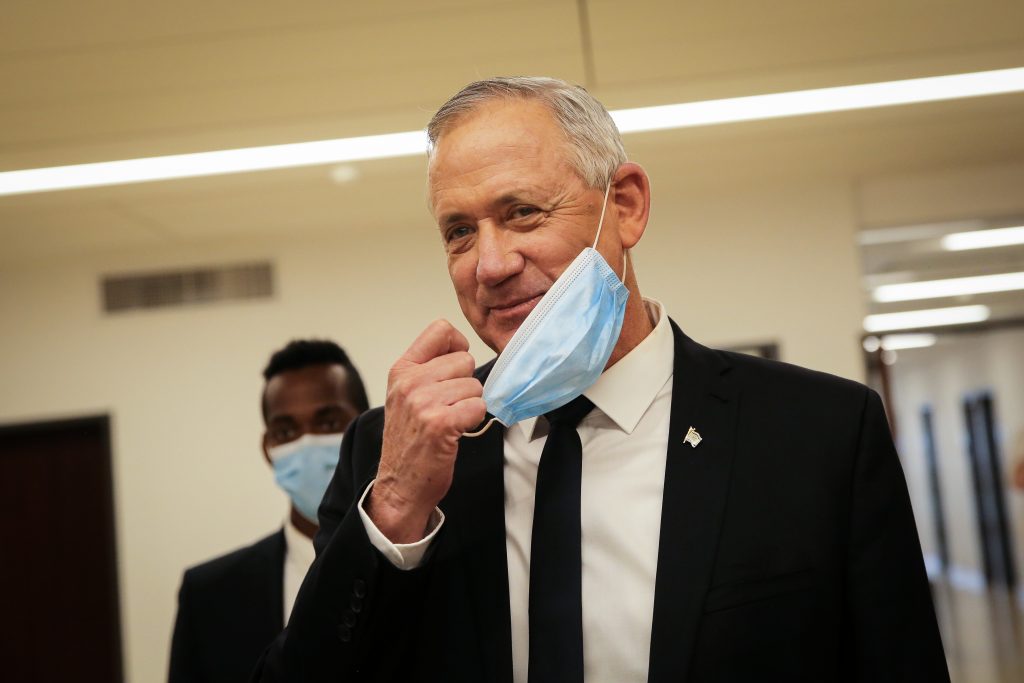 Prime Minister Binyamin Netanyahu and Alternate Prime Minister Benny Gantz met on Thursday to smooth over some differences between them as the new government feels its way forward.

The source of tension was an interview given by Gantz on Wednesday night with Channel 13 in which he blamed Netanyahu for a clause in the coalition agreement that provides a residence for whomever is alternate PM.

Gantz also said he would not support bypassing the High Court if it disqualifies Netanyahu from serving as alternate prime minister when his turn comes in a year and a half. Ronen Tzur, an adviser to Gantz, told Army Radio on Wednesday that he expected Gantz to become prime minister before November 2021, because of Netanyahu’s criminal cases.

Netanyahu reacted to the comments as “a finger in the eye,” sources in Likud said on Wednesday night.

However, Thursday’s meeting apparently concluded amicably. A joint statement by their Likud and Blue and White representatives made no mention of the Gantz interview: “The meeting was held in a good atmosphere and dealt with the discussion of various issues on the minds of Israeli citizens in preparation for next week’s cabinet meeting.”

Meanwhile, Netanyahu sent a greeting to the Yom Yerushalayim gathering at the national-religious Mercaz HaRav Yeshiva with a hint that the Yamina party might yet join the government.