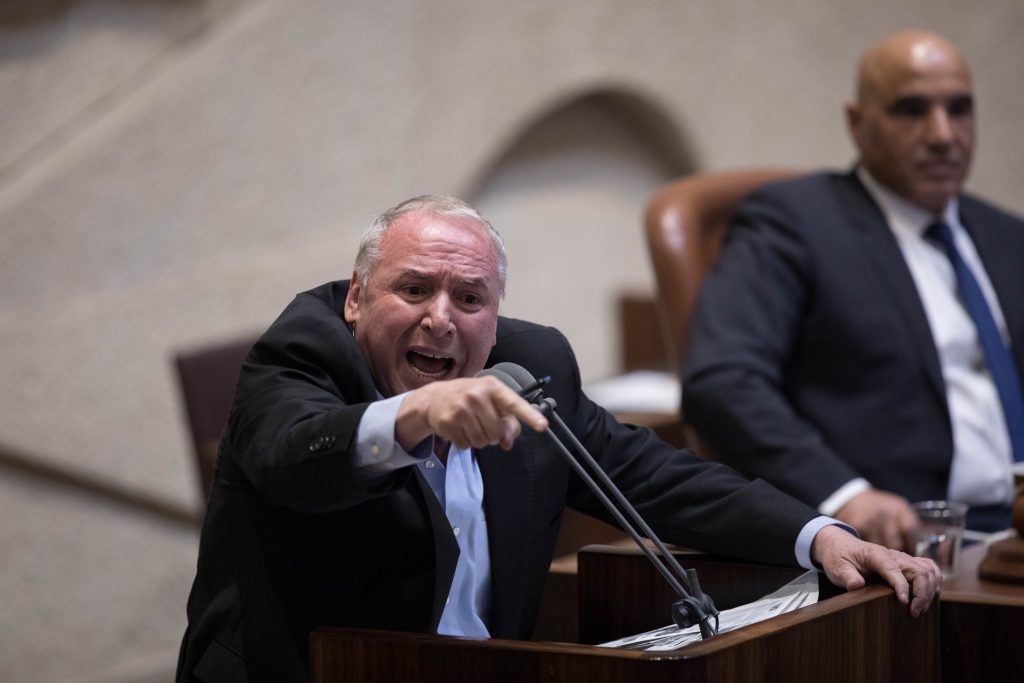 “On the basis of the recordings, there’s no dispute Mandelblit is allegedly a criminal. Everything that happened here needs to be checked,” Amsalem said in an interview with Army Radio.

The full details of the case are under a gag order, but a leaked audio tape of a conversation between Mandelblit and Ashkenazi in August 2010 revealed the two expressing concern over their alleged connection to a forged document. It was reportedly to sabotage prospects of Yoav Galant, a former senior IDF official, to become the next IDF chief of staff.

“There’s no question he is allegedly a criminal,” Amsalem continued during the interview. “Commentary is not needed, top judges are not needed, you do not need the entire leftwing flock and its commentators and professors from all faculties and the entire legal world.”

Amsalem also refered to Netanyahu’s trial opening on Sunday: “The coup d’etat has reached the gates of the court. I don’t know any other country in the world that considers positive media coverage as bribery, be it a prime minister or anyone else.”

Amsalem serves as minister for cyber and national digital matters and as the government-Knesset liaison.

Justice Minister Avi Nissenkorn (Blue and White) responded to the comments, saying, “I have full confidence in the court. Ministers are allowed to express substantive criticism, but unrestrained attacks are crossing a red line.”