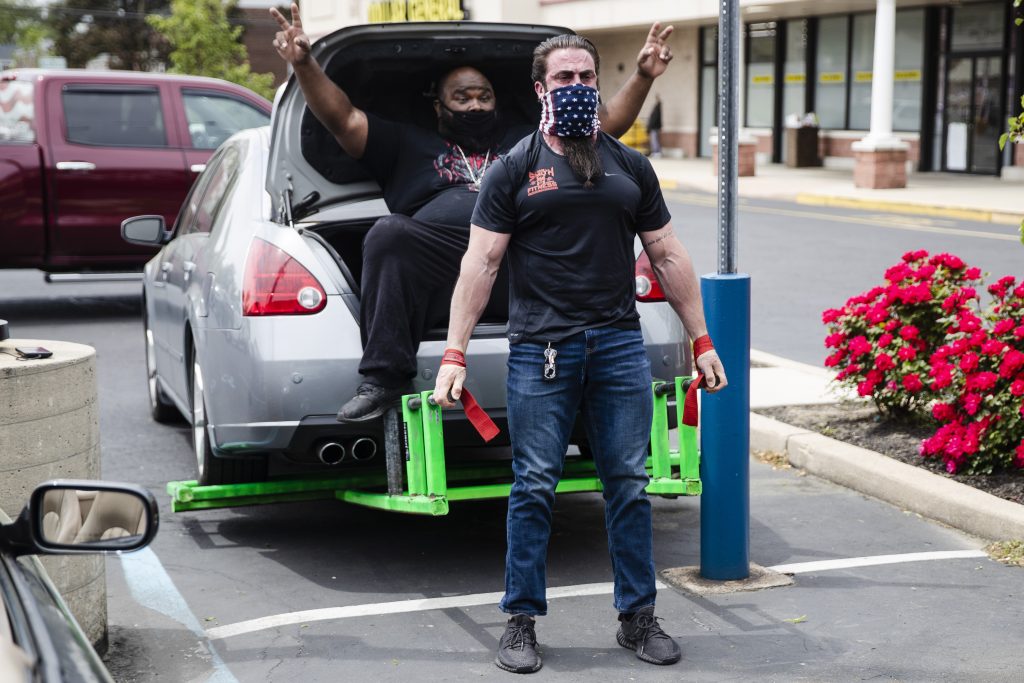 Health officials have shuttered a gym in southern New Jersey that re-opened this week in defiance of a state order that shut down nonessential businesses to help stem the spread of the coronavirus.

Orange stickers from the Camden County Health Department declaring an embargo and a four-page notice from the state Department of Health were found Thursday taped to the door of the Atilis Gym in Bellmawr. The gym’s owners said the signs were placed on the storefront sometime during the overnight hours.

The gym re-opened on Monday and had continued daily operations, receiving summonses each day for violating the state order. Ian Smith, a co-owner of the gym, told WTXF-TV in Philadelphia that he and partner Frank Trumbetti plan on “dealing” with the notices and re-opening on Friday. Smith said the gym could have opened Thursday, but they did not want to violate the health department’s order.

The gym’s owners have said the decision to resume operations at the members-only facility was not about financial gain, but rather a question of constitutional rights. They have also cited several steps they have taken to ensure social distancing.

Among the precautions the gym owners took were taping off workout stations and operating at 20% of the building’s capacity, meaning about 44 patrons at a time. They also were requiring patrons to wear masks unless they were in the middle of lifting weights.

Gym staff were taking patrons’ temperatures at the door and anyone at 100.4 or above will not be allowed inside. The gym’s owners have also said it wouldn’t allow any new members to join.