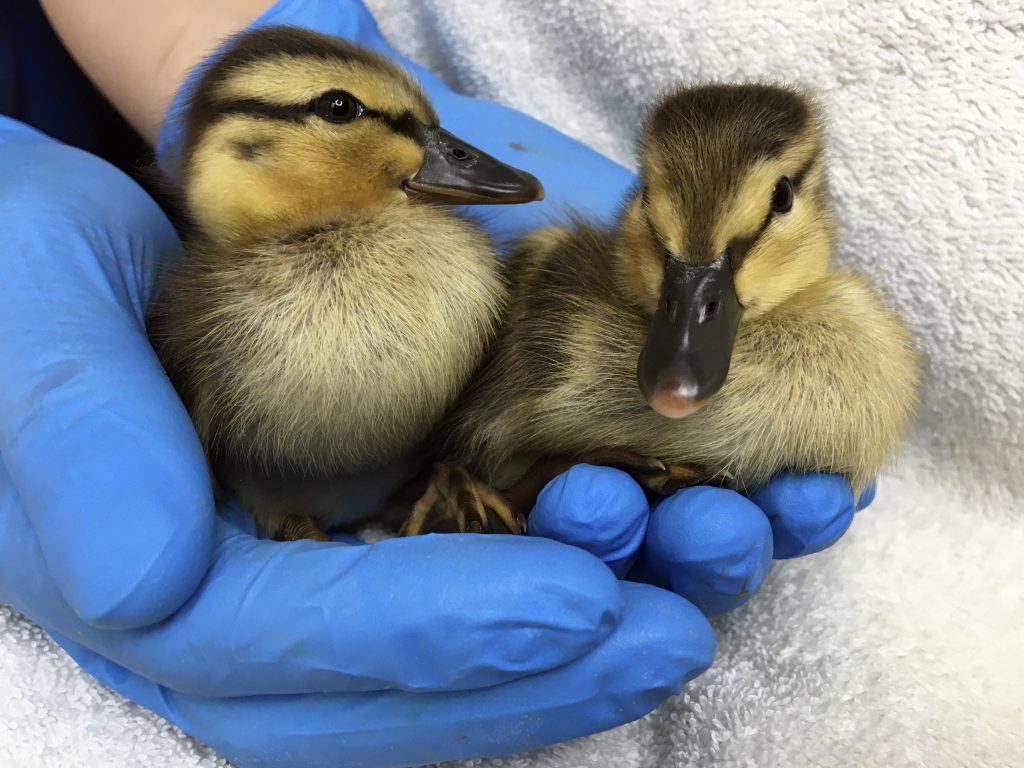 Five ducklings going through the worst days of their new lives were rescued Thursday from the treacherous Central Park waters in which a snapping turtle is believed to have killed their mother.

The baby mallards were floating bait for what lie beneath in one of the manufactured ponds of New York City’s nature haven. City parks and recreation rangers attempted to rescue the birds Wednesday, but their efforts were no match for the bolting legs of the mallards.

Concerned New Yorkers put out a hypothermia watch on Twitter through the night, with one suggesting the birds cuddle for warmth in absence of their mother’s touch.

Rangers were back at it all day Thursday, finally capturing them with a net in the late afternoon. The birds were transferred to the nonprofit Wild Bird Fund, the city’s lone wildlife rehabilitation facility.

“They are little tiny guys, just a week old,” said the nonprofit’s director, Rita McMahon. “They seem OK, probably traumatized, but no damage.”

The birds will stay with an employee who McMahon calls the nonprofit’s “duck wrangler.”

She takes care of the little ones in her home bathub until they are able to jump out of it, at which point they’ll come back to the nonprofit’s waterfowl pool during a crucial period.

“If we are very lucky … we get a hen and they will have a surrogate mother,” McMahon said.

In the absence of a mother to guide them back to the park, the ducklings would be sent to a sanctuary upstate.

“It was a great job that the rangers did,” McMahon said. “I think it’s a wonderful distraction. People have to see life that’s unaffected by COVID-19, and that’s nature.”