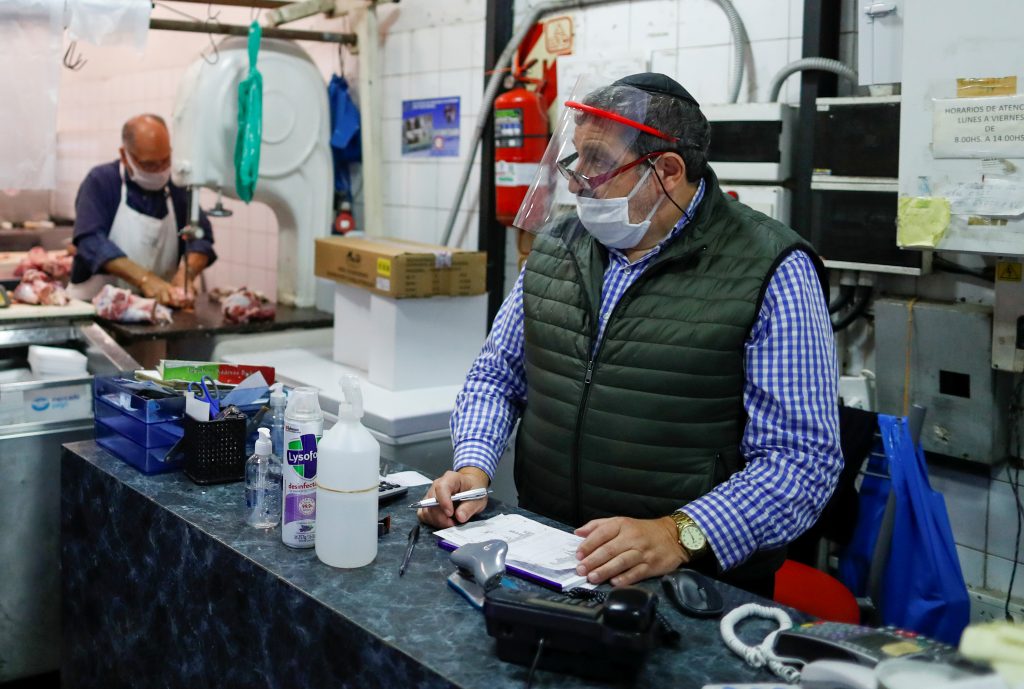 Argentina, which has enforced one of the world’s toughest travel bans against the coronavirus, plans to help charter a private flight to bring in shochtim and mashgichim from Israel to certify kosher meat at the country’s packing plants for kosher markets around the world.

The trip is key to Argentina being able to maintain beef exports to key buyer Israel, which has become increasingly important with exports stalled to the European Union and sharply down to major buyer China.

The global lockdown meant to slow the spread of the novel coronavirus has snarled this year’s plans with borders closed and air travel paralyzed worldwide.

“The only alternative has been to be able to try to arrange a charter in combination with Israeli clients, and supervised, authorized and coordinated by the governments,” said Mario Ravettino, head of Argentina’s ABC meat export consortium.

Argentina is the world’s fifth largest beef exporter and Israel is the No. 3 buyer of its famed cuts, snapping up over $100 million each year, Ravettino said.

The shochtim and mashgichim normally make the trip twice a year and stay for a few months, as many as 15 mashgichim in plants at a time.

Lisandro Sabanés, an Argentine Foreign Ministry spokesman, confirmed that the government was helping to make arrangements for the mashgichim. He did not say when they would arrive.

Argentina has banned commercial flights until September, allowing only citizens and residents to enter on special flights and has imposed a strict national quarantine.

Rabbi David Faour, owner of South America Kosher (SAK), a local company certifying kosher production, said the mashgichim were needed for lack of people locally who could certify the meat was kosher.