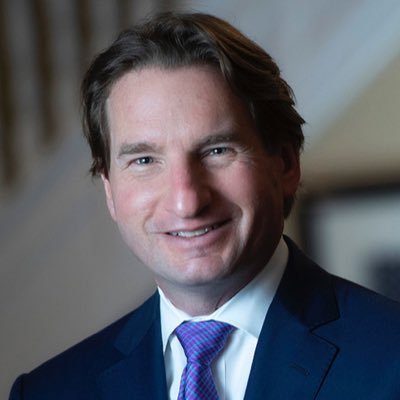 The House will vote next week on legislation changing terms of the Paycheck Protection Program that have served as obstacles to some small businesses seeking relief under the forgivable loan program.

“We saw a quick fix on how we could make this work better,” Speaker Nancy Pelosi said at her weekly news conference Wednesday. “We couldn’t ignore that.”

On Friday, after voting for the Democrats’ massive $3 trillion coronavirus relief bill, Rep. Dean Phillips (D-Minn.) announced he’d secured a commitment for a vote on his stand-alone bill that would make changes to the small-business loan program sought by hotels, restaurants and other industries.

“Securing a bipartisan vote on this important and time-sensitive legislation makes me more comfortable voting in favor” of the broader aid package, Phillips said in a statement. The $3 trillion package passed the House on a 208-199 vote.

Some of the PPP flexibility sought by Phillips was included in the larger aid bill. But that measure could be headed for protracted negotiations with the GOP-controlled Senate and White House. Meanwhile, affected small businesses say they can’t afford a delay.

Pelosi said the stand-alone bill will extend the time businesses have to rehire employees and qualify for loan forgiveness under the program beyond the existing June 30 deadline. It would also extend the period for paying back portions of the loans that aren’t forgiven beyond two years.

The law that created the program allowed the Small Business Administration to set loan terms up to 10 years, but the agency instead put a two-year due date on them. Extending the loan terms would allow businesses to make smaller payments on the amounts that aren’t forgiven under the program.

The bill will also eliminate the “75-25 rule” implemented by the White House that says businesses have to spend at least 75% of the loan on payroll costs and no more than 25% on other expenses like rent and utilities. Pelosi called the rule “debilitating.”

Changes to the 75-25 requirement, which wasn’t spelled out in the law creating the program, would benefit businesses with high capital costs relative to labor expenses, like bars and shops that pay more in rent than wages. Groups like the Independent Restaurant Coalition, which represents about 500,000 smaller, local restaurants, has called for lifting that requirement, though they say they also need a separate bailout to stay afloat.

Phillips introduced his stand-alone bill, which includes some provisions also picked up in the larger leadership-backed relief measure, with Texas Republican Chip Roy. Phillips is the only Democrat on the bill, which has four other GOP cosponsors: Tom Emmer of Minnesota, Fred Upton of Michigan, Brian Fitzpatrick of Pennsylvania and Andy Harris of Maryland.

Their bill would extend the period businesses need to use their loan funds in order to qualify for forgiveness from eight to 24 weeks. It would also ensure businesses that get money under the program can defer payroll taxes under massive March rescue package, eliminating a restriction on “double-dipping” imposed by that law.

Pelosi did not mention Phillips when speaking about the plan for a stand-alone PPP vote during her press conference Wednesday. Instead, she noted that Small Business Chairwoman Nydia M. Velázquez (D-N.Y.) gave leadership her blessing for a separate vote.

Senate Small Business chairman Marco Rubio, one of the architects of PPP, has also been calling for a stand-alone bill to fix issues that have arisen with the program.

The Florida Republican told reporters Tuesday there was a “large consensus around” extending the eight-week timeframe for using the loans.

“There’s actually unanimity up here for the most part,” on extending the period to 12 or 16 weeks, Rubio said on Fox on Wednesday morning.

“The only question now is: Can we pass it as a clean bill?” Rubio added. “Or are Democrats or someone else going to insist that we add something else to it beyond just that provision, that’s not uncontroversial?”

Lengthening the period when the loans could be used will give small business owners more flexibility in how they use the money. That will help the hardest-hit businesses, like restaurants and retailers that have been nearly completely closed due to the virus, hold off on reopening until customers feel comfortable going out again.

But it also changes the program’s original intent from simply keeping workers on small business payrolls to helping the companies themselves recover from the crisis.

Pelosi said she does not see the PPP vote undermining her efforts to get Senate Republicans to negotiate on the broader $3 trillion relief package, which contains roughly $1 trillion in aid to state and local governments.

“No, I’m not worried about that,” Pelosi said. “But this has a sense of urgency about it.”