Community Group of Teens Attempt to Rob a Bachur in Crown Heights, One Arrested
Community 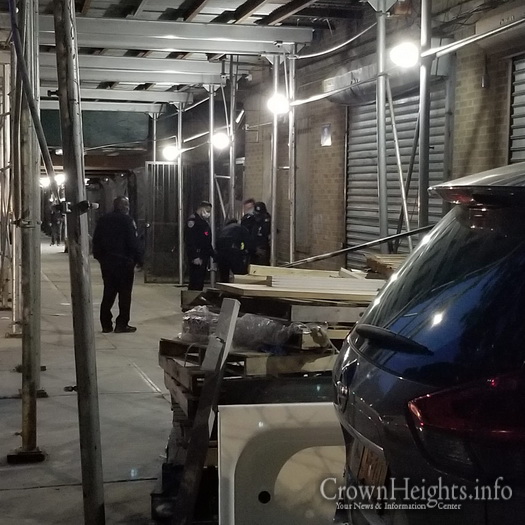 A bachur walking on Lefferts Ave. near Kingston Ave. in Crown Heights Tuesday night was the victim of an attempted robbery by a group of teens hanging out on the block.

The bachur had been walking on Lefferts between Kingston Ave. and Albany Ave. around 8:30 p.m., when the group began screaming at him and demanding he empty out his pockets. One of the group stuck his hand into one of the bachur’s pockets; thankfully one without any valuables inside.

The bachur ran away before the group could do any more, and immediately called Crown Heights Shomrim and 911.

Shomrim volunteers responded, keeping an eye on the group while waiting for the police to arrive.

While they were still waiting, the group turned onto Kingston Ave. and disappeared into a building.

After the police arrived, one of the group stepped out of the building, and was identified as part of the group. He was placed under arrest for attempted robbery, and was taken to the 71st precinct.