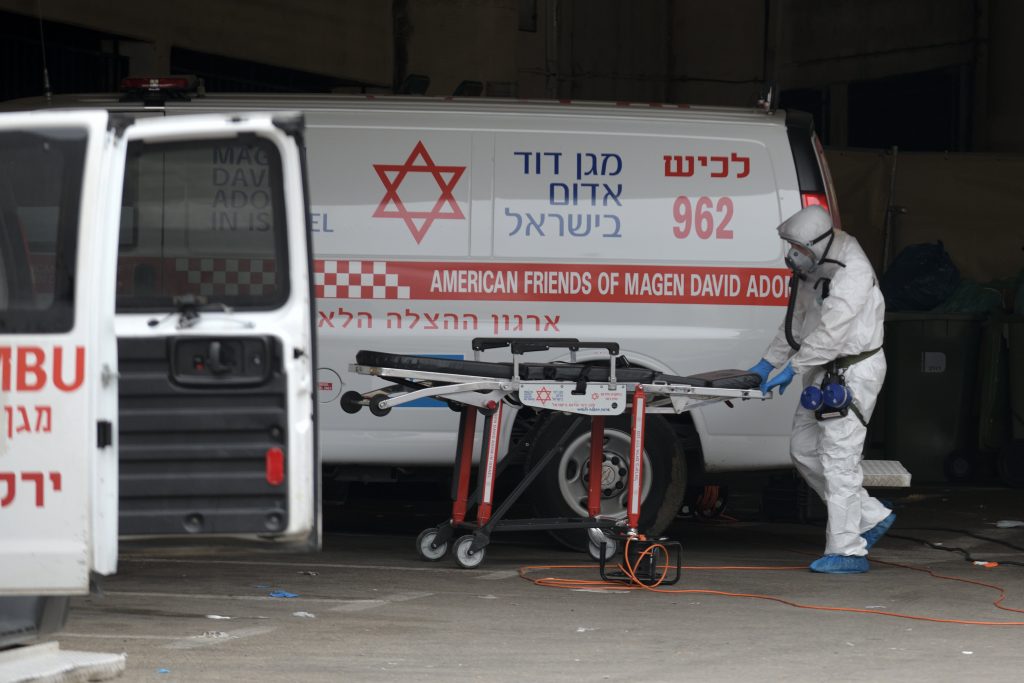 A third person was found dead on Tuesday, apparently due to exposure in the heat wave that has gripped the country for three days.

An 82-year-old man was found lying dead on the side of a road in Tzfas on Tuesday afternoon, The Times of Israel said.

A Magen David Adom paramedic who pronounced the man dead at the scene said he showed signs of severe dehydration and heat stroke.

Police are investigating and have not yet confirmed the cause of death.

On Monday, a 41-year-old man was found dead from heatstroke in a sealed car in Hadera. And on Sunday, a man in his sixties collapsed and died on a street in Dimona from heat-related causes.

The tremendous demand caused elevators to fail in Rishon LeTzion. Firefighters were dispatched to rescue dozens of people trapped in elevators after the area’s power grid collapsed briefly on Tuesday.

The city asked residents not to use elevators unless absolutely necessary for the duration of the heat wave.

The dry, hot conditions caused a number of wildfires, including one near Yerushalayim in the hills near Telz Stone, Kafr Kanna in the Galil, near Rishon LeTzion, and near the Adam community in the Binyamin Regional Council.

The highest temperatures were recorded in the Jordan Valley and south of the Kinneret, where they reached 48.1 C (118.6 F) at Kibbutz Tirat Tzvi. The nearby city of Beit She’an sweltered in 44 C, (111 F) heat.

In view of the heat wave, Health Minister Yuli Edelstein ordered the lifting of the requirement to wear face masks in public spaces until Friday when some relief is expected.

“We take seriously the need to protect ourselves from the virus, but the heat wave could be dangerous too,” Edelstein said in a statement released Monday night. “With the recommendation of the professional echelon, I have decided to lift the requirement to wear masks in places that are not crowded.”

Meanwhile, the Education Ministry directed all schools and kindergartens to open their doors at 7:30 a.m., starting Wednesday, to avoid crowding at the entrances at the opening of the school day.

The decision was prompted when the new Education Minister Yoav Gallant toured a school on Tuesday and noticed crowding at the entrance at around 7:55 a.m., according to the Walla news site,