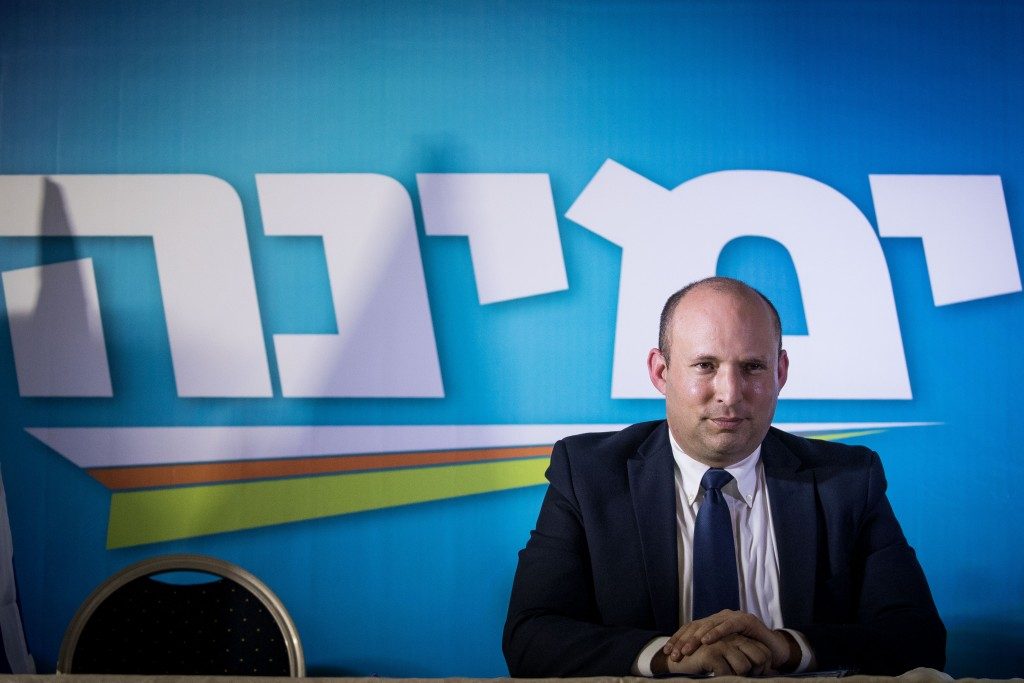 No politician enters politics to end up in the opposition. For more on that, just ask Benny Gantz, who, after three inconclusive elections, decided to break his pledge and join a government led by Binyamin Netanyahu.

So what then, you may ask, stands behind the seemingly proud calls by Naftali Bennett and other members of Yamina that they will go to the opposition and “serve the country from the backbenches”?

On the other hand, while no one likes to sit out their term on the back benches, not everyone is set on becoming prime minister. Some, perhaps most, are more than content to serve in a position in which they feel they can do for the country.

That, perhaps, is what is behind a seeming omission from the government that was sworn in on Sunday: the right-wing Yamina party.

One could justly argue that if not for their MKs sticking around with Netanyahu over the last year or so, being part of the “right-wing bloc,” which ultimately ensured that Gantz wouldn’t be able to form a government of his own, Netanyahu is now stabbing them in the back.

It should be noted, however, that this partnership of the “bloc” wasn’t all that smooth . Bennett, who is now the former defense minister, was only appointed to this position as Netanyahu heard that he was considering breaking away from the bloc and joining forces with Gantz.

This wouldn’t be the first time that Netanyahu had given in to Bennett’s demands — he knows Bennett well from the days in 2005 when he served as Netanyahu’s chief of staff, and they aren’t the best of friends, to put it mildly. In 2013, Bennett led the Jewish Home party. Unlike the National Religious Party members, Bennett has over the years made no secret of his aspirations to serve as prime minister. During that term, Bennett unfortunately joined forces with Yesh Atid leader Yair Lapid and formed a government that caused much harm to authentic Torah Jewry. The fact that Bennett led a religious party and was an active part of that government, did enormous damage to efforts to fight the decrees enacted by that government.

Ahead of the first round of elections in 2019, Bennett and Shaked broke off from Jewish Home and formed their own party. It missed the threshold by some 1,400 votes, and the county was taken to the polls again. And again.

It is ironic that Bennett and Shaked will not be part of a government set to annex large parts of Yehudah and Shomron and the Jordan Valley, and will instead be sitting it out in the opposition with Yair Lapid, Avigdor Liberman, Ahmad Tibi and Hiba Yazbak…

For his part, Netanyahu has more than enough religious, kippah-wearing MKs and ministers in the Likud (even without adding Rafi Peretz to the equation) to make the Likud an option for a religious right-wing voter; the religious public in Israel should be far more than the six seats Yamina garnered, and perhaps this shows what their public really wants.

A little humility — even in Israeli politics — never hurt anyone.