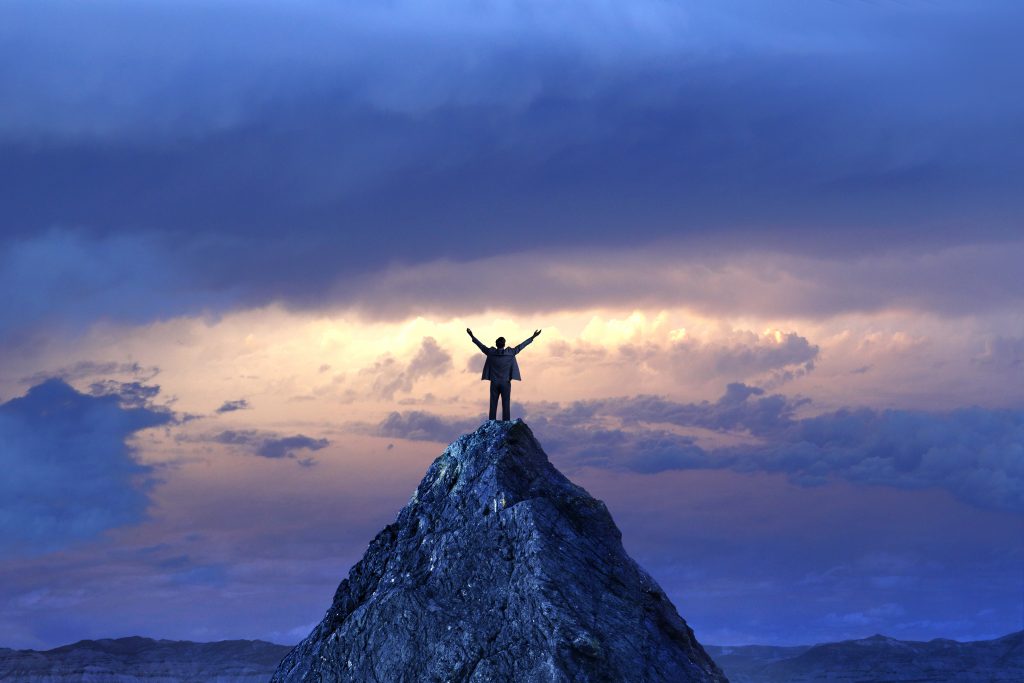 Like a sneak attack from an enemy, the far-reaching suffering and disruptions of the coronavirus pandemic caught many by complete surprise. Not so long ago, we would hardly have imagined what has transpired over the past two months, nor were we prepared to face such a challenge, mentally and spiritually.

After the initial wave of shock coupled with fear, widespread sickness and mourning, came a period of uncertainty the likes of which few of our post-war generation have experienced. As I pen these words, we remain in this state, not knowing how long the world will remain turned upside-down, and cautiously waiting to exhale for fear of some experts predicting a déjà vu of infection. It feels almost like standing at a corner not knowing whether a car will emerge from a blind spot and cause damage.

While, in hindsight, it seems to us ridiculous, in the summer of 1939, people went off on vacations and business proceeded as usual. A month later, Poland was overrun by the Nazis and in less than two years nearly all of Europe was in their hands. While those in the political arena knew that war was brewing and some had warned of the dangers, few expected that in a flash of blitzkrieg the whole world would change before their eyes. Our plight is vastly different from theirs, but the element of drastic and unseen change runs parallel.

Suddenness and uncertainty are the most effective elements in unsettling individuals and societies alike. It seems that when the Creator deems it necessary to surprise His creations, nothing can prepare them for what will unfold. Hashem lets us see that He has taken matters into His hands, so to speak, openly.

Thus, amid the tragedy and challenges of these events lies a lesson of Hashem’s hashgachah pratis, His Divine providence over the world. If in wartime, we trust that every man-made bullet has its Divine address, how much more so is this evident when people are struck — physically, financially, or emotionally, by what is so far beyond their control.

Volatility is not novel for us; the history of the Jewish people is a chain of challenges. Short of a few hundred years living on our soil, we experienced exile. Wherever we stayed, even for centuries, the tochachah repeated itself in many versions with all its cruelty. We were reminded that we are strangers but precisely because we are different, we endured and survived.

We may comfort ourselves that Hashem prepared us to rise to such a challenge. It happened at the inception of our nation, at the bris bein habesarim, the covenant between Hashem and Avraham Avinu. Hashem foretold Avraham Avinu both the exile and redemption of the Jewish People. We might ask, what kind of promise is it for one’s descendants to face the challenges and suffering of galus?

There are two elements to the modus operandi of exile. This first is uncertainty. When one is on unfamiliar territory, one never knows what to expect next. The second is a lack of permanence. As long as a person knows that he is on the road, he will never be able to feel settled. Despite what we might fool ourselves into thinking, our lives in galus rest on ever shifting plates beneath our feet.

Hashem’s promise to Avraham for times of exile was not just purveying bad news. His words contained the blessing that gave us the gift of survival. It taught us to trust Hashem that our task is not to understand the difficulties we face, but that we were given the skills that — whatever challenge He wishes us to face, we will not be intimidated.

This brings us to understand the phenomenon that Klal Yisrael is able to thrive amid adversity. It is natural that times of peace and prosperity should be the most productive periods in the history of any nation. Yet, the Talmud Bavli, the base of Torah Sheb’al Peh emerged in the Babylonian exile. Such examples are plentiful throughout the generations. The Shach wrote much of his commentary on Choshen Mishpat while he was fleeing the marauding Cossacks. He penned his brilliant work as he was running for his life, stripped of his family and possessions.

A relative of mine once told me that during the early years of the Second World War, he saw the son of the Dayan of the city of Kashau immersed in learning. Asked how he could put aside the surrounding danger, the man explained, “What else is there for me to do when it is so clear that Hashem is running everything?” His answer was and still is a tremendous statement. His learning was not an attempt to escape from the tzaros. To the contrary, he reached deep into his mental and spiritual resources to face it. He did not look for a recipe for survival, he understood Torah as a key for seizing the opportunities that lie within times of crisis.

The Rebbe, Reb Bunim of Peshischa, zy”a, lived through a period of revolution, when the Poles rose up against Czarist Russia. It was a time of great tumult, and the tzaddik was thrown out of his home. Finding himself in this challenging and dangerous situation, the Rebbe reacted that now would be an opportune time to finally grasp a certain Tosafos that he was never able to understand.

The tzaddik explained his statement in a fascinating way.

When we see tumult in the world, we are only seeing a part of the story. Social unrest is only a reflection of what is occurring in the higher spheres. As such, if we see that the normal order of society is thrown into chaos, it is a sign that the usual rules of the spiritual world have been suspended as well, and gates of understanding or achievement may be open that are ordinarily locked.

This is the bright and inspiring flip side of crisis and the uncertainty that it brings. Just as we fear what will happen tomorrow in the world around us, and feel we could very well wake up to the unimaginable, so too these are times when we can tap into abilities hidden deep within ourselves and accomplish things we never thought possible.

Harav Shmelka Lipschutz, zt”l, was a member of the famed group of Gerrer Chassidim known as Matisovtzis, who continued their lives as Chassidishe bachurim as if the world were not burning all around them. Their mesirus nefesh for Torah and mitzvos was unfathomable. When asked how he and his fellows found the courage to act the way they did, he responded, “We didn’t know that we could do it either; we didn’t know we had the strength.”

This group of youngsters was able to do it because they created a homogeneous group. Perhaps an individual trying to stand on his own can be crushed by strife, but not if his identity is that of part of the klal.

Here lies part of our present test. As we have all spent weeks without seeing many others who are part of our lives physically, it has perhaps opened doors to internalize what it means to remain connected in a spiritual sense, caring for another Jew, b’gashmiyus and b’ruchniyus. To feel that all the neshamos of Klal Yisrael are one.

As we approach the time of Mattan Torah, when the Torah tells us that all the blemishes of the Jewish People were healed, we hope to see this phenomenon for individuals and for the community on all the levels of life that have been struck. As much as Hashem can suddenly strike the world, so too, we know, yeshuas Hashem k’heref ayin, that Hashem’s salvation can come in the blink of an eye.