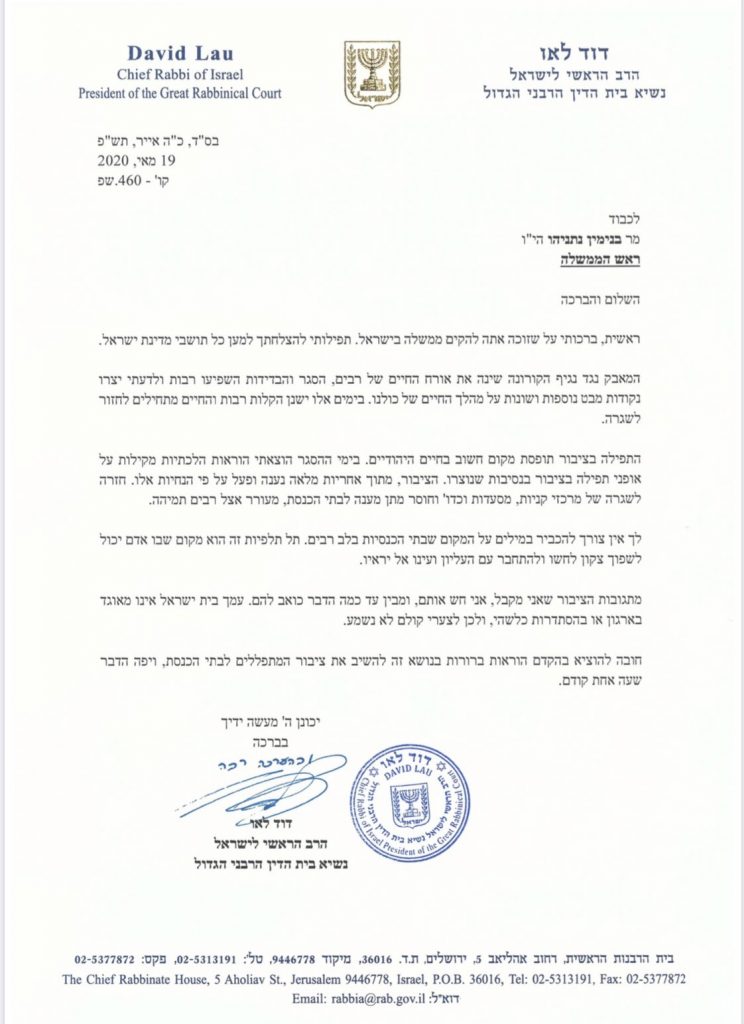 In his letter to the prime minister, Rabbi Lau noted that many aspects of regular life and the economy are now beginning to return following the easing of the restrictions, and noted that tefillah b’tzibbur in shul is an important part of many people’s lives.

“During the lockdown, I issued lenient piskei halachah on tefillah b’tzibbur because of the situation, and the public cooperated with these instructions,” he wrote in his letter.

He noted that the reopening of shopping centers and other businesses, while shuls remain closed has aroused astonishment for those who are particular on tefillah b’tzibbur.

Rabbi Lau added that Am Yisrael isn’t part of any “union or association” who can raise their pain over not being allowed to daven in shul, and therefore this issue may have been sidelined. “Clear instructions must be issued as soon as possible to allow the return to shuls, and the sooner the better.”