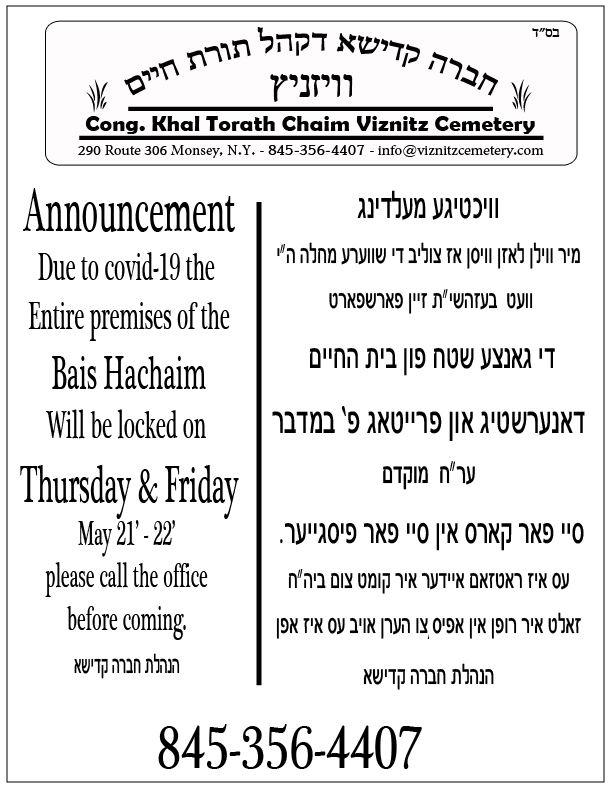 Due to the large crowds which were present on Erev Rosh Chodesh Iyar, which resulted complaints and visits from the authorities, the Chevra Kadisha of Khal Toras Chaim of Viznitz, which administers the cemetery located on Route 59 in Monsey, NY, has once again announced that the Bais Hachaim will be closed on Thursday, May 21 and Friday, May 29. Previously, the Bais Hachaim closed on Lag BaOmer to avoid the expected large gatherings on that day.

The closure will be for vehicular traffic and for those entering on foot.