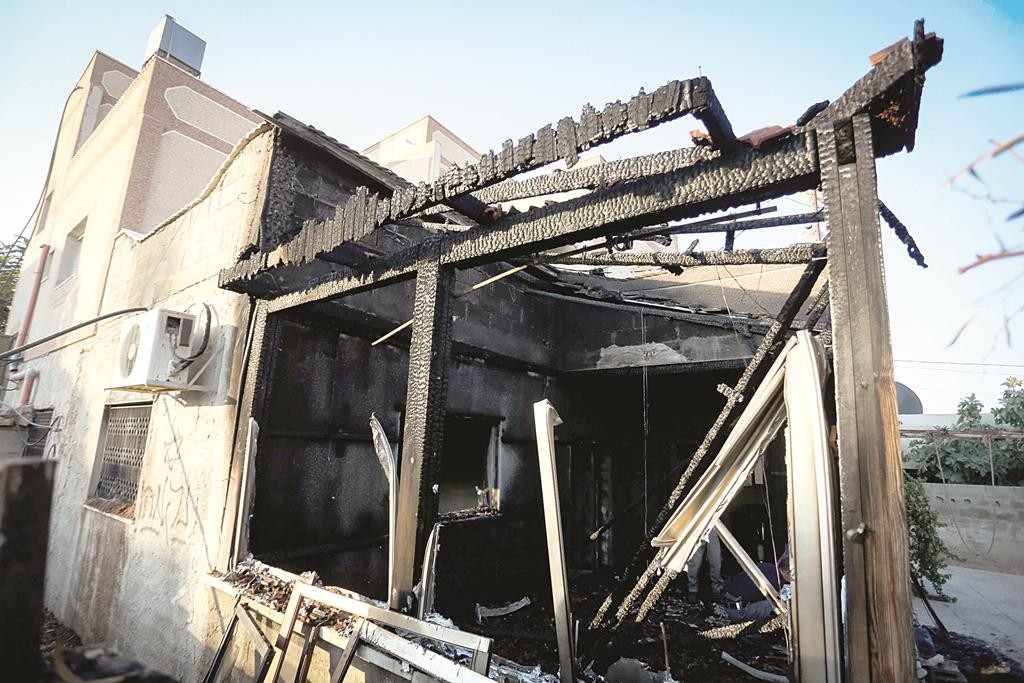 The Lod District Court on Monday convicted Amiram Ben-Uliel of murdering three members of the Dawabsha family in August 2015 by setting fire to their home, but cleared him of charges of membership in a terrorist organization.

Ben-Uliel chose the Dawabsha family home and another dwelling in the Duma village on the assumption they were inhabited and, before firebombing them, spray-painted “Revenge” on their walls, prosecutors said.

Ben-Uliel was convicted of throwing a firebomb into the Duma home of the Dawabsha family, killing 18-month-old toddler Ali and his parents Riham and Saad. Four-year-old Ahmad was seriously injured.

The killing of the Dawabsha family members contributed to a surge of Israeli-Palestinian violence.

Lod District Court’s triple conviction of Ben-Uliel, 25, carries a potential life jail sentence. He was also found guilty of two counts of attempted murder and two of arson, but was acquitted of a charge of belonging to a terrorist organization.

A second, underage defendant in the case entered a plea deal last year in which murder charges against him were reduced to conspiracy charges.

Ben-Uliel has said investigators forced him to make a false confession to the Duma attack.

Israeli officials said investigations into the Duma arson and other attacks by Jews opposed to any territorial compromises with the Palestinians were hampered by the suspects’ operating in small, tight-knit cells and eluding electronic surveillance.

In a rare statement, the Shin Bet called the verdict “an important landmark in the struggle against Jewish terrorism.”

The Honenu rights organization condemned the ruling and said it would fight it at the High Court.

Honenu CEO Shmuel Meidad stated that “today is a black day for the State of Israel and the citizens of Israel. A day in which a court in Israel has given support to convict a man whose innocence is crying out to heaven.”

He noted that the conviction was based on Ben-Uliel’s confession that was extracted from him after he was tortured. He noted several other questions and shortcomings of the prosecutor’s case.

Meidad added that “the ruling given today is appropriate for Third World countries and regimes that were part of a world we had hoped had passed out of the world hundreds of years ago.”