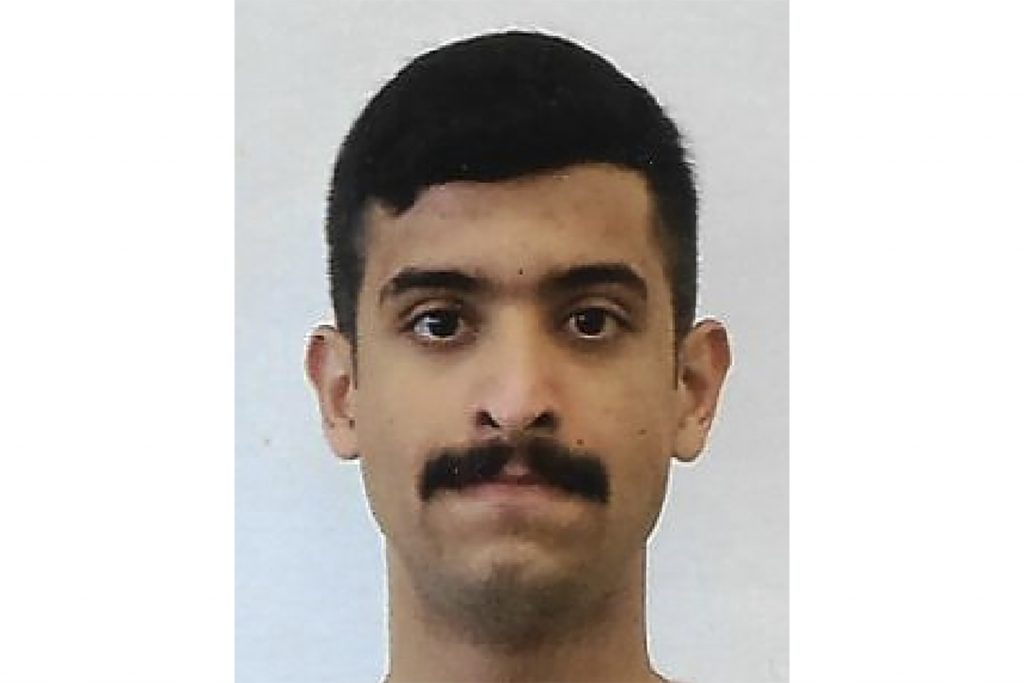 The Saudi Air Force student who opened fire at a U.S. military base in Pensacola, Florida, last year was in contact with an al-Qaida suspect before the shooting, according to people familiar with the investigation into the December attack that killed three sailors.

Investigators have continued to gather evidence in the case since Attorney General William Barr announced four months ago that the shooting was an act of terrorism, and their new understanding was the result of investigators accessing data from one of the gunman’s phones, these people said. They spoke on the condition of anonymity because they were not authorized to discuss the investigation’s findings.

Authorities have previously said Ahmed Mohammed al-Shamrani, a Royal Saudi Air Force member who was training at Naval Air Station Pensacola, was motivated by “jihadist ideology,” including a prominent al-Qaida figure, and had posted anti-American messages on social media about two hours before his attack.

FBI officials said that during the attack, Shamrani fired shots at pictures of President Donald Trump and a past U.S. president, and witnesses at the scene said he made statements critical of American military actions overseas.

A senior FBI official said in January that while Shamrani did not seem to be inspired by one specific terrorist group, he harbored anti-American and anti-Israeli views and felt “violence was necessary.” His social media comments, the FBI said, echoed those of Anwar al-Awlaki, a radical Yemeni American cleric with an al-Qaida offshoot who was killed in a drone strike in 2011.

Shamrani was part of a contingent of Saudi air force personnel training at U.S. military bases. After the attack, investigators found evidence that 17 fellow students had shared jihadist or anti-American material on social media. As a result, 21 cadets from Saudi Arabia were disenrolled from the training program and sent home.

U.S. law enforcement officials have also complained that encryption on the gunman’s phones made their work considerably harder – and criticized the maker of those phones, Apple Inc, for not doing more to help them. Apple and privacy advocates say doing what federal authorities want would weaken the security of all their customers’ data.

An FBI letter to Apple in January said agents were unable to access the phones’ contents, and that requests to outside experts proved fruitless. “None of those reach-outs has shown us a path forward,” the FBI said in the letter.