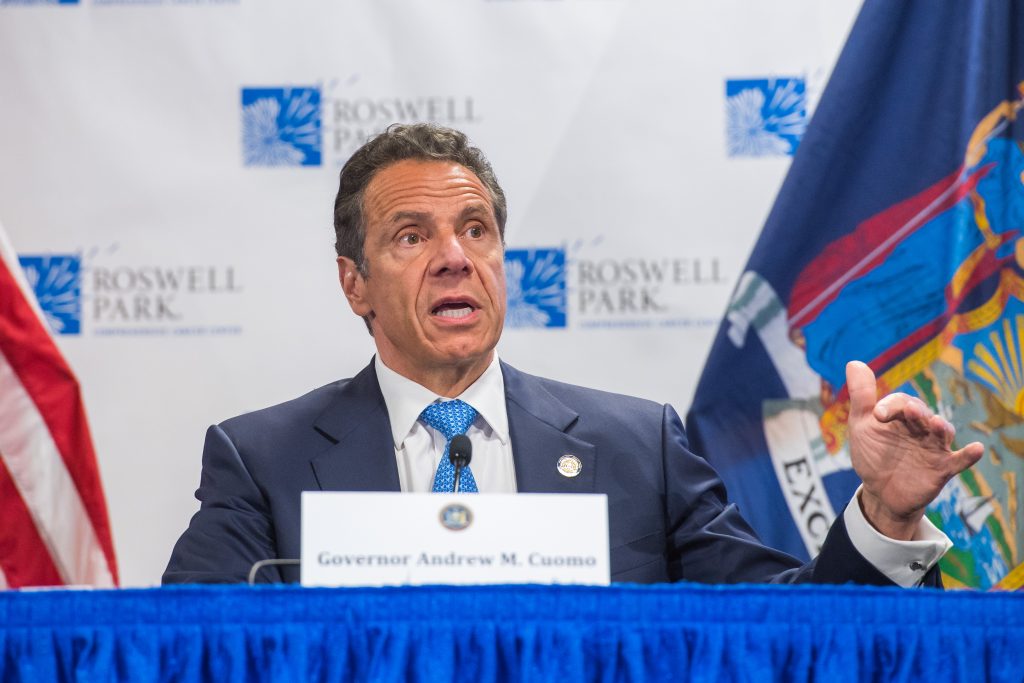 New York Gov. Andrew Cuomo indicated Sunday that he is open to the possibility of shuls in upstate New York being allowed to open for Shavuos with proper social distancing guidelines.

“I think we can,” said Gov. Cuomo, when asked about permitting upstate regions to have shuls open for the holiday, which falls on May 29 and 30.

Five upstate regions were permitted to begin “Phase I” openings of the economy on May 15, which allow for construction, manufacturing, forestry, fishing, hunting, and the opening of retail stores for pickup or drop-off. These regions, which have achieved all seven benchmarks for progress in fighting the coronavirus – such as a decline in hospitalizations and deaths, and hospitals having at least 30% of beds available – include cities such as Syracuse, Rochester, Utica, Plattsburgh, Binghamton and Ithaca. None of the areas with large Orthodox Jewish populations – such as New York City and Long Island, or Rockland, Sullivan, Ulster, Orange or Westchester Counties – have been allowed to begin Phase I re-openings.

Houses of worship are currently prohibited from holding congregate services; they may be used only by individuals and with proper social distancing.

At his daily coronavirus press briefing Sunday, a reporter asked Cuomo whether he would be open to allowing upstate shuls to have services on Shavuos.

“I know there’s this whole separate problem downstate,” the reporter asked, “but upstate, you get maybe 14, 15 people, you could set chairs apart,” and with proper oversight by law enforcement, would the governor consider allowing the Shavuos observance?

Cuomo replied, “We’re talking about the upcoming holiday. We’re also talking about special provisions for Memorial Day celebrations, which are also coming up. And we’re going to have guidance on that … by Tuesday. If we can circumscribe a ceremony, your number was 14, 15 people, social distance with safeguards, can we find a way to do a ceremony, a religious ceremony or a ceremony that honors Memorial Day? I think we can. And that’s what we’re talking through. But we’ll have an answer in the next day or two.”

At Monday’s press briefing, the question of re-opening houses of worship to services was again asked, though not specifically in regard to Shavuos and not specifically about upstate. State Budget Director Robert Mujica replied that the regular openings of houses of worship for full services would only come in the final stage, also known as Phase IV, of the re-opening process, but that it has “not yet” been determined whether smaller services will be permitted earlier.