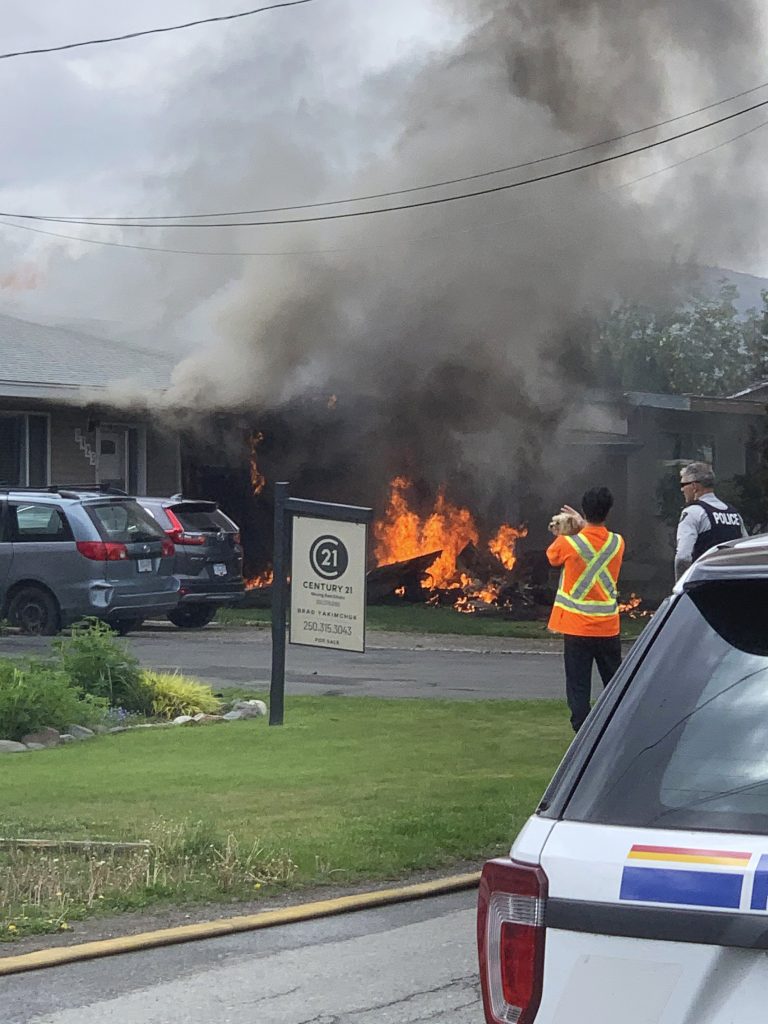 A jet from the Canadian air force’s Snowbirds aerobatics team that was on a tour to lift spirits during the coronavirus outbreak crashed in Kamloops, British Columbia, on Sunday, killing one crew member and seriously injuring the other, defense officials said.

Video shot by a witness showed two of the team’s Canadair Tutor single-engine aircraft taking off. One of the planes reared up almost immediately before plunging to the ground, exploding just after the pilot ejected.

“One member of the Canadian Forces’ Snowbirds team has died and one has sustained serious injuries,” the armed forces said on Twitter.

Witnesses and officials said earlier that at least one person was injured.

Officials in Kamloops – about 200 miles northeast of Vancouver in the West Coast Canadian province – said the jet had hit a residential home, sparking a fire.

A photo posted by local tv station CFJC showed at least one house on fire in the Brocklehurst area of Kamloops, a city with a population of more than 90,000.

Federal Defense Minister Harjit Sajjan said in a tweet that he was deeply saddened by news of the crash.

It was the second recent accident involving the Snowbirds. One of the team’s jets crashed into an unpopulated area last October before a show in Atlanta, after the pilot ejected.