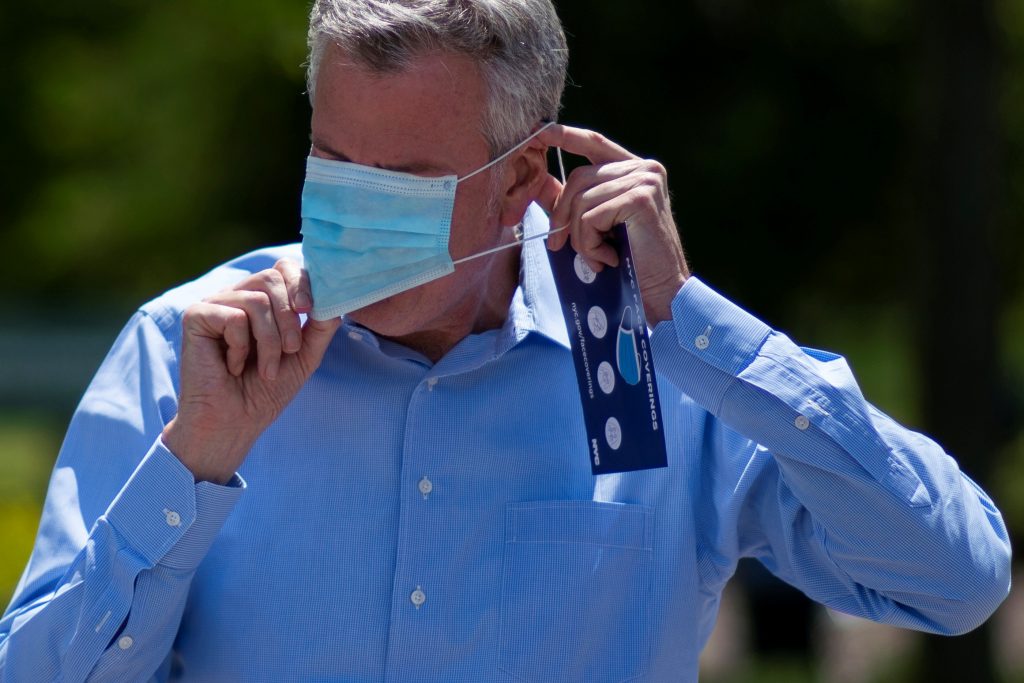 The New York Police Department, criticized over instances of harsh social-distancing enforcement, will no longer be involved in breaking up small clusters of people or confronting citizens about failing to wear a mask, Mayor Bill de Blasio said Friday.

The police will continue to disperse large gatherings that are most likely to present a risk of spreading the coronavirus, de Blasio said. “But we’re not going to have the NYPD focus on, you know, two people together or three people together,” he said. “We’re going to focus on when it starts to be more than a handful of people. And we’re not going to be having the NYPD enforcing on face coverings.”

The change was made after videos circulated on social media showing confrontations between officers and members of the public, including one where a woman with a young child was wrestled to the ground and handcuffed as police removed her from a subway station for not wearing a face covering.

De Blasio said police officers will offer masks to people whose faces are uncovered. “We want to make this a positive approach,” he said.

Police Benevolent Association head Patrick Lynch said the revised social-distancing policy “will create more problems than it solves.” He said in a statement, “The new policy should be a single sentence: Police officers are not responsible for enforcing social distancing or other public health directives.”

Some political leaders in the city had urged the mayor to leave most social-distancing enforcement to other city departments, saying sending police officers to do the work would lead to confrontations.