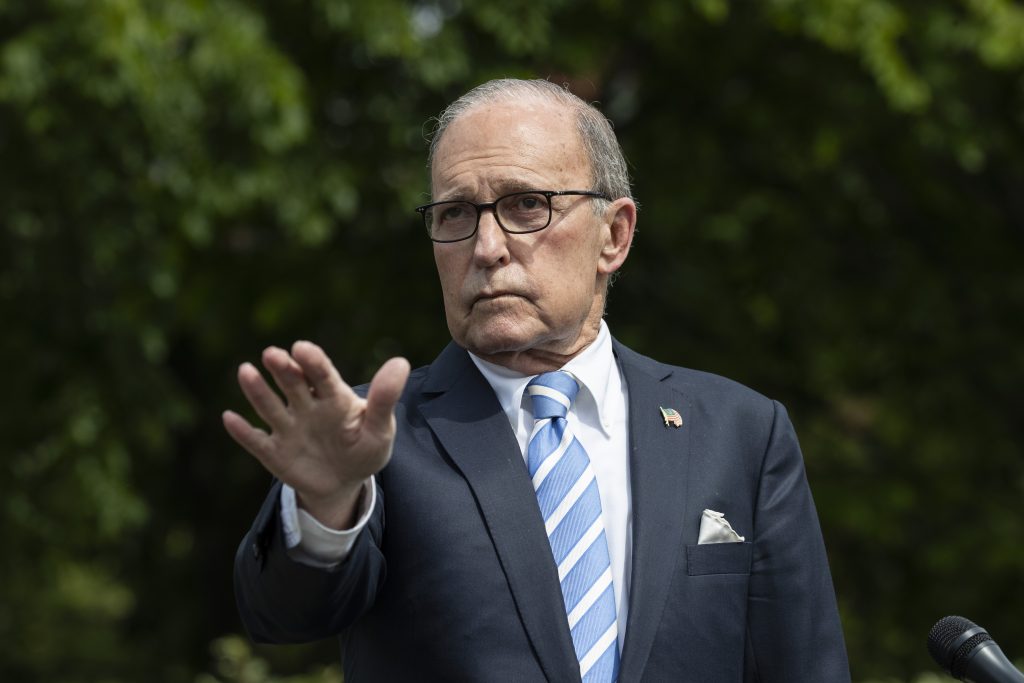 White House economic adviser Larry Kudlow on Friday floated the idea of cutting the corporate tax rate in half for U.S. companies who bring their operations back from other countries.

“Why not provide a 50% discount for the corporate tax rate if you’re moving from outside the U.S. to the U.S.?” Kudlow told reporters at the White House, emphasizing that this was a thought, not a policy.

“So, the rate is 21%. Why not try for a couple of years or longer, a 10.5% rate, which would make us extremely competitive and hospitable to new investments here?”

With the coronavirus pandemic sapping retail sales, the labor market and industrial production, President Donald Trump’s administration and lawmakers are eager to find ways to shore up the U.S. economy.

Republicans are rejecting Democrats’ attempt to send more money to states and first responders, as well as additional cash payments to individuals and families, through a $3 trillion spending bill. Trump has said he would veto the legislation should it reach his desk.

Kudlow told Fox Business network in an interview that “we’re not going to spend our way out of” a coronavirus-related downturn, contradicting Federal Reserve Chairman Jerome Powell’s push this week for the government to spend more during the pandemic.

Trump’s administration, currently talking informally with Democrats, wants to look at incentives such as a payroll tax cut instead, Kudlow said. Alongside slashing the corporate tax rate, the government could look into the possibility of suspending capital gains taxes on assets bought between now and the end of the year, he added.