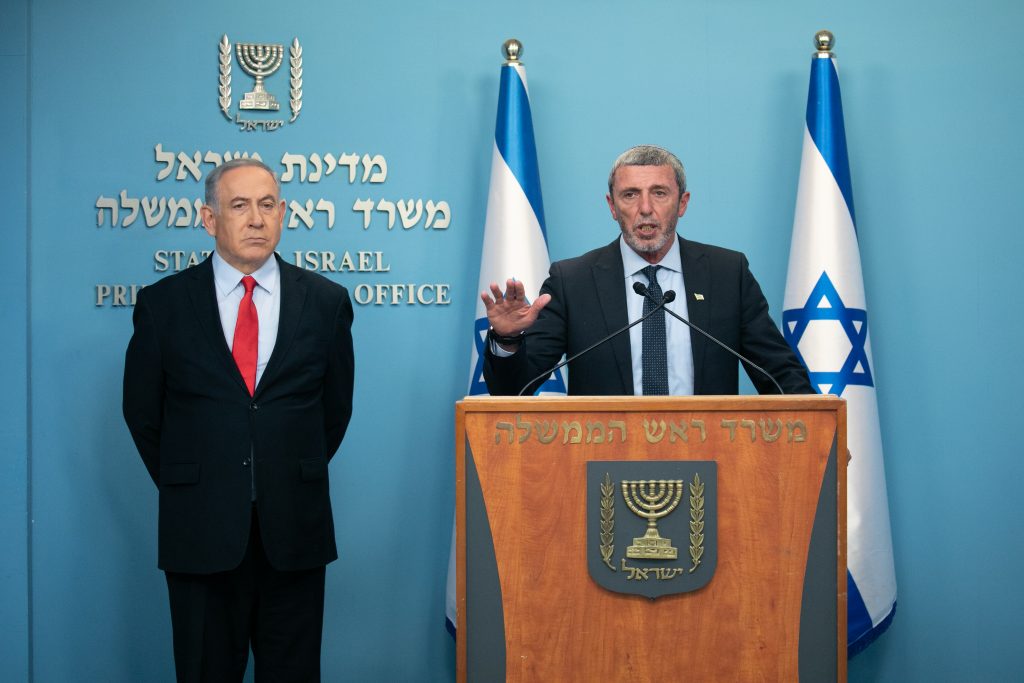 Peretz will serve as Yerushalayim and Heritage Minister. The announcement comes after Peretz split from the Yamina party Thursday to join the government, but became embroiled in extended talks with Netanyahu over his exact position in the new government.

The Prime Minister’s Office congratulated Peretz on the appointment, saying “Minister Peretz showed responsibility toward religious Zionism and will be a central partner in the government that will be established.”

“Together we will continue to lead important processes for religious Zionism, most importantly the historic process of applying sovereignty [to Yehudah and Shomron],” Netanyahu said.

Peretz said he would “represent religious Zionism by strengthening Yerushalayim, our eternal capital.”

Peretz’s entry into the government is subject to approval by his Jewish Home faction.

As part of their deal, Peretz remains as an observer (not a voting member) in the security cabinet and also a member in the powerful Ministerial Committee for Legislation. The deal also ensures that the Chemed (State Religious Education) system’s funding and that of the Education Ministry’s religious culture wing will be part of the state’s standard, mandatory spending package in future budgets.

In exchange, Peretz has agreed that the Jewish Home faction will back Netanyahu not only in his plan to apply Israeli sovereignty over parts of Yehudah and Shomron, but also to back any other position taken by the government in relation to President Trump administration’s Mideast peace plan – an agreement which could potentially force the Jewish Home to support Palestinian statehood.

It was also agreed upon that “the status quo on religious and state issues will be maintained as has been the case in Israel for decades. The government will work to honor Shabbos and the chagim that have maintained our existence as a people.”

The unity government was set to be sworn in late Thursday night, but was delayed until Sunday as Netanyahu struggled to give out the remaining available ministerial posts in his incoming coalition to MKs from the Likud Party.

The Likud and Blue and White Parties have until midnight on Wednesday to swear in the new government before new elections are automatically triggered, at the end of yet another 14-day extension.

Peretz initially accepted Netanyahu’s offer to bolt Yamina in exchange for being appointed Yerushalayim affairs and national projects minister, but Netanyahu later sought to convince him to accept a newly created post of minister for settlement affairs, an offer Peretz rejected. However, Netanyahu had also promised the position to Likud MK David Amsalem.

In January 2020 Peretz memorably reneged on a political deal with the far-right Otzma Yehudit party to rejoin Yamina. Otzma Yehudit ended up running alone and falling under the Knesset threshold.