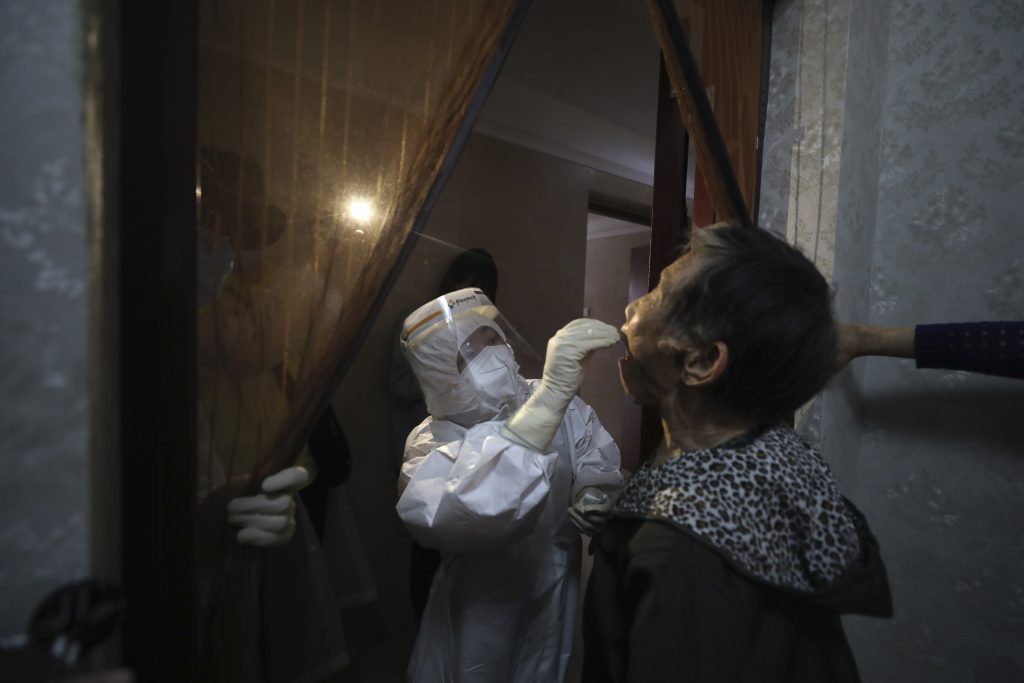 China has gone a month without announcing any new deaths from the coronavirus and has fewer than 100 patients in treatment for COVID-19.

The National Health Commission reported four new cases of the virus Friday, all local cross-infections in the northeastern province of Jilin where a cluster of uncertain origin has been detected in recent days. The last day the commission reported a death was on April 14.

Just 91 people remain in treatment for COVID-19 and 623 others are in isolation for being suspected cases or for having tested positive without showing symptoms, including 11 newly detected.

In total, China has reported 4,633 deaths among 82,933 cases since the virus was first detected late last year in the central city of Wuhan.

China does not include asymptomatic virus carriers in its tally of confirmed cases. It also does not disclose the overall number of asymptomatic cases in the country.

Meanwhile, Wuhan, the original epicentre of the coronavirus outbreak in China, has tested over 3 million residents for the pathogen since April, and will now focus its testing efforts on the rest of its 11 million population, according to state media.

Wuhan will conduct tests on everyone in the city, with the goal of getting a clear number of asymptomatic cases as businesses and schools reopen, the official Xinhua News Agency reported late Thursday.

The priority will be residents who have not been tested before, people living in residential compounds that had previous cases of the virus, as well as old or densely populated estates, Xinhua said, citing a Wuhan government meeting.

Wuhan reported a cluster of infections over the weekend, the first since a virtual lockdown on the city was lifted on April 8, raising fears of a second wave. The latest infections were previously asymptomatic cases, people who had the virus but showed no symptoms such as a fever.

Wuhan has conducted 1.79 million tests from April 1 to May 13, according to Reuters calculations based on daily reports published by the city’s health commission.

Recently, Wuhan has detected several to more than a dozen asymptomatic infections every day. Although those people are all treated in isolation, they still spark concern in the society, Xinhua said.

Some experts say the mass testing is unprecedented in scale, and shows the level of concern. Others warn on potential testing errors due to the sheer size of the sampling.

China has maintained social distancing and bans on foreigners entering the country, but has increasingly opened up the world’s second-largest economy to allow both large factories and small businesses to resume production and dealings with customers.