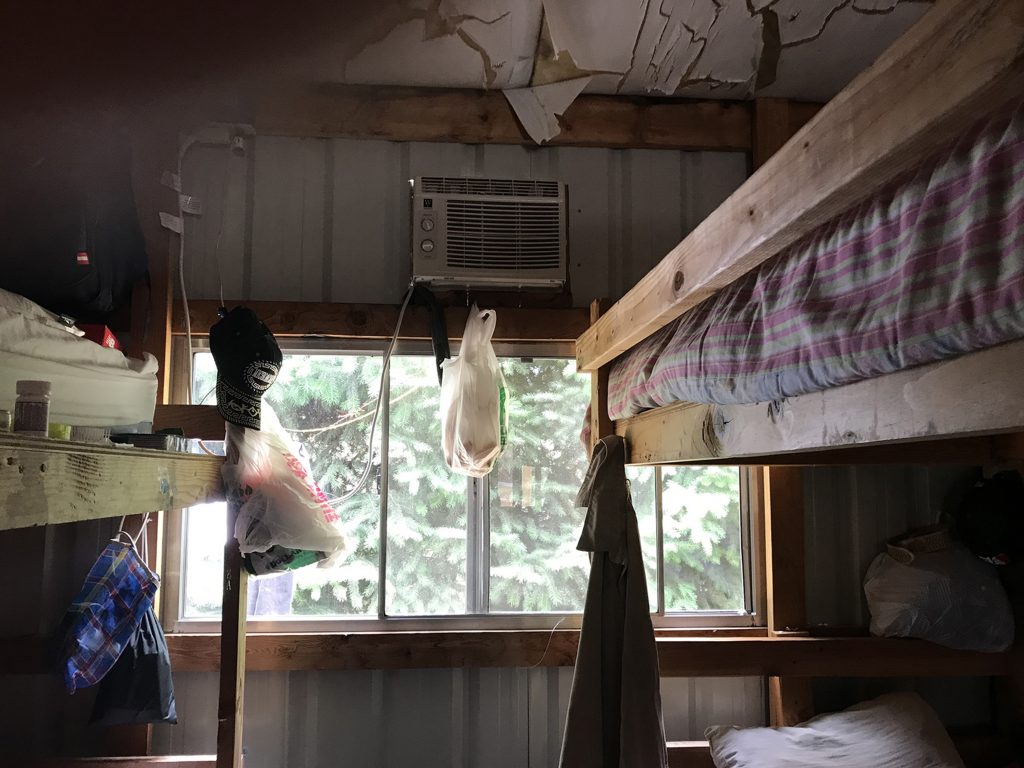 Unions wanted the state to ban the use of bunk beds in housing that growers provide for as many as 30,000 temporary laborers who work in the state each summer. State officials acknowledged that bunks could increase the risk of contagion because they pack more workers together in tight quarters.

But growers argued that a loss of the top beds would leave half their workers without housing and wreck the state’s $4.5-billion fruit industry, leading to shortages of apples, pears and cherries and price hikes for consumers.

Any workers using bunk beds must be organized into household-like groups of no more than 15 people, who must then stay together while living, working and moving around in vehicles. Groups must keep the same members all season, and cannot live or work closely with others.

Workers in top and bottom bunks must sleep head-to-toe, to preserve physical distance. Bunk beds must be at least six feet apart, or separated by floor-to-ceiling barriers.

Lauren Jenks, Washington State Department of Health assistant secretary, said Wednesday that the provisions were designed to maintain the food supply chain while trying to protect farm laborers, whose work during the pandemic is deemed essential. Washington produces 65% of the country’s fresh apple crop.

“Putting people in those groups of 15 definitely does not remove all risk, but it hopefully does keep us from having a very large outbreak,” Jenks said. “This is just sort of a terrible math right now, keeping as many people as safe as possible knowing that far workers are going to be in close contact with each other.”

Edgar Franks, political director for the farmworker union Familias Unidas por La Justicia, said that the group shelter rules would be difficult to follow and enforce and that the sleeping arrangements would be unsafe.

“There should be no bunk beds at all,” he said.

His union and United Farm Workers of America previously sued the agencies that issued the housing regulations, asking a judge to make them also regulate farm work conditions and transportation. Skagit Superior Court Judge Dave Needy has scheduled an online hearing Thursday for union and farm representatives to report on progress collaborating to suggest rules.

Already some farms have experienced outbreaks. More than 350 workers are on strike at four fruit-packing plants in central Washington, demanding increased protections against the coronavirus, according to union representatives.

Most of the seasonal farmworkers in Washington come from Mexico on guest-worker visas.

Oregon, which relies less on foreign agricultural labor, has banned the use of top bunk beds in farmworker housing this season because of the coronavirus. California continues to allow bunk beds for farmworkers.