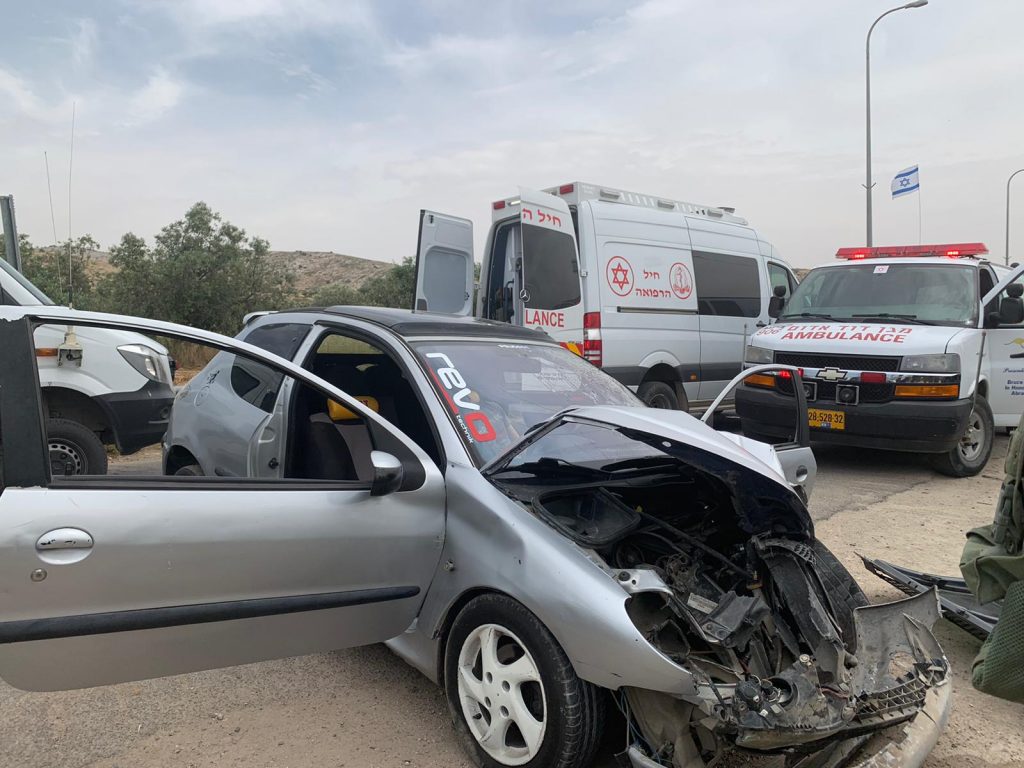 After a lull in terror attacks in recent months, perhaps due to the coronavirus restrictions, yet another attack was carried out Thursday afternoon.

A terrorist rammed his car into a soldier, moderately wounding him, near Negohot in the South Har Chevron area.

The 21-year-old soldier who was moderately injured in the attack was taken to Be’er Sheva’s Soroka Medical Center. According to MDA, the soldier was alert and stable.

“When we arrived at the scene, we joined up with an IDF medical team who was giving medical treatment to the young man who was injured by the car. We quickly put him in our intensive care ambulance and took him to the hospital fully conscious and in stable condition,” an MDA medic said.

The terrorist was shot, and later died of his wounds, the IDF said.

According to the IDF, the driver accelerated as he drove his car toward a group of soldiers who were standing next to a military post outside Negohot.

The driver, whose name has not yet been released, struck one of the soldiers, wounding him moderately-to-seriously, before another soldier opened fire at him, killing the terrorist.

On Tuesday, an Arab terrorist was shot while attacking and attempting to stab Israeli security forces manning the Kalandiya Crossing, north of Yerushalayim. No Israelis were injured in the attack.

The incident occurred just hours after IDF soldier Amit Ben-Yigal, Hy”d, was killed by a terrorist during an operation in the village of Yabed, near Jenin. The IDF has launched a manhunt for the terrorist.

Over the past two days, the IDF has arrested many of the residents of the building from which the stone was thrown at Ben-Yigal, as well as other people in the village who may have been involved in the attack. The IDF believes that the terrorist may be among those detained, but it is unable to know for sure at this stage, as the identity of the person who threw the rock is not yet known.

“I know that a number of arrests were made last night. Maybe it’s one of them,” an IDF spokesperson said Thursday.

All of those arrested have denied involvement in the attack.