Israel Peretz May Be Out of Coalition, Out of Politics Too
Israel 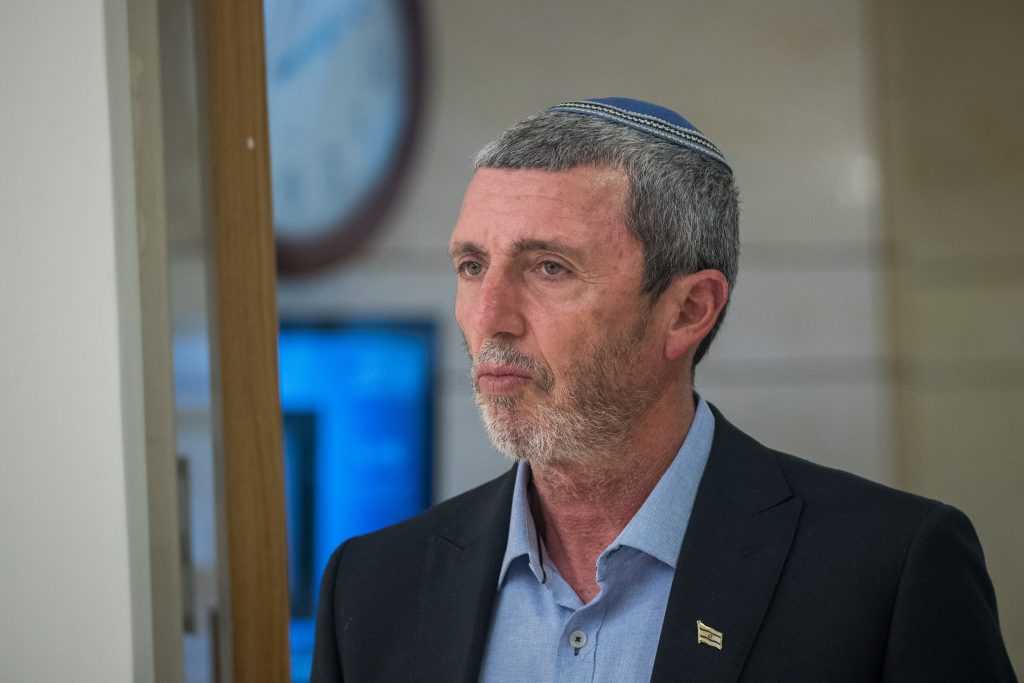 The formation of the Israeli unity government seemed to get messier by the hour on Thursday, as Prime Minister Binyamin Netanyahu‏‏ delayed the swearing-in until Sunday to get his Likud ministers in line, Rabbi Rafi Peretz’s role in the coalition and politics generally became a big question mark, and the Blue and White party complaining about not being consulted.

Rabbi Peretz, the outgoing Education Minister, was persuaded to take his Jewish Home faction out of the Yamina alliance and into the coalition, but on Thursday it was reported that instead of the Yerushalayim Affairs and the National Projects portfolios, Netanyahu had promised him, he was offered the settlements portfolio. He turned that down, as well as a suggestion that he become Deputy Education Minister, which would have meant a demotion.

As Yerushalayim minister Rabbi Peretz could be responsible for religious state education, settlement education and other areas, according to Arutz Sheva.

Associates of Rabbi Peretz said he was considering retiring from politics in view of the dismal electoral outcome for Yamina and himself personally, the network reported.

Likud MK Gideon Saar called on Netanyahu to use the extra time before the swearing-in to try again to bring Yamina into the coalition.

“The differences between the sides can be bridged and it would be a shame for Likud’s closest ideological partner to remain outside of the coalition,” Saar tweeted.

“It is important for the national [religious] camp’s parliamentary bloc to remain united,” he added.

It is doubtful, to say the least, that Saar would have any influence on Netanyahu, after his unsuccessful challenge to his leadership of Likud before the last elections, in March. Presumably, his statement was intended for others in Likud and Yamina.

Yamina chairman Naftali Bennett dismissed any such proposal as futile. He said that a report of renewed talks with Likud was false.

“This report came from the Likud,” Bennet said at a press conference on Thursday evening. “Regarding these negotiations, there is nothing to report since there never was any intention for such negotiations to bring us into the government on the part of Netanyahu. I say this to the Likudniks who are trying to exert pressure for another round of talks. It’s okay. There is nothing to report and everything you hear is just spin.”

Meanwhile, Blue and White sources told The Times of Israel that Benny Gantz first found out about Netanyahu’s “request” to delay the swearing-in from the media, thus forcing him to accept.

“We knew there was a mess at Likud but there was no formal request to move [the swearing in ceremony] to Sunday,” an official in the party was quoted as saying.

“But once it was out there, it became impossible to say no.”

An MK from the party, who asked to remain anonymous, adds that communication from Likud throughout the day has been “at a bare minimum.”