Technology Pandas in the Pandemic Cause Both Delight and Disappointment
Health, Science & Technology 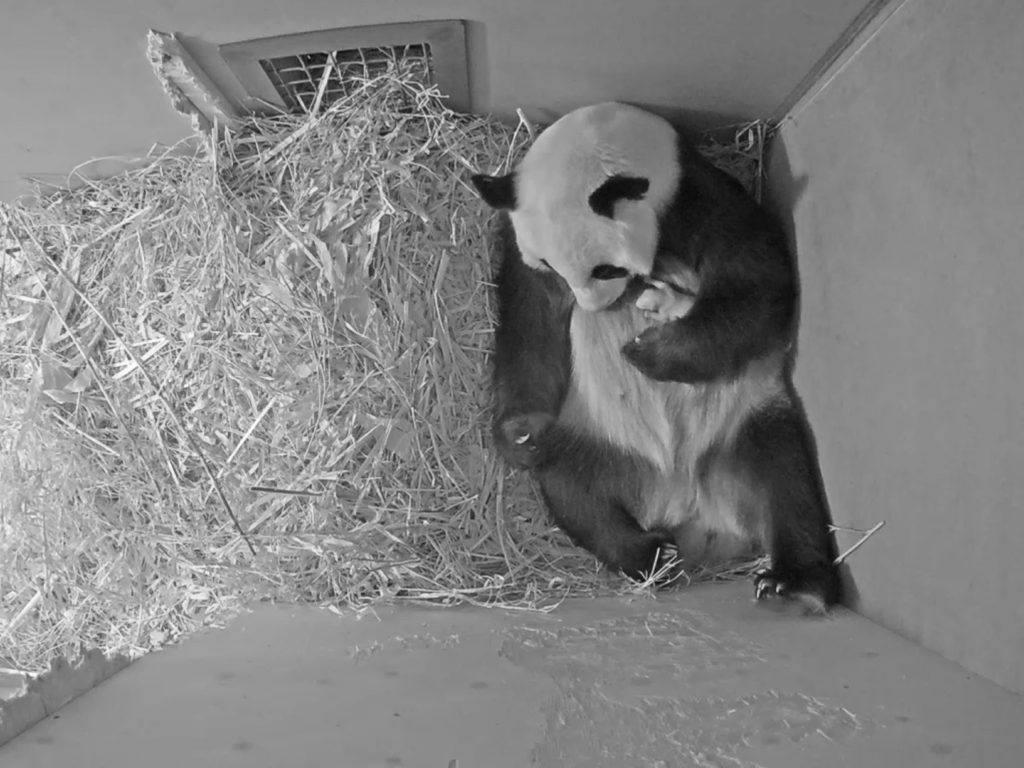 The excitement has been a lot to bear, but so has the sadness.

In the Netherlands, fans of the Ouwehands Zoo in the city of Rhenen — as well as animal lovers around the world — have been reveling in footage of a squealing newborn panda cub being cradled by its proud mother, Wu Wen, one of the zoo’s star attractions. The short but compelling video is in black and white, but then, so is the mama bear.

Unfortunately, across the Atlantic, crestfallen staff and visitors to the Calgary Zoo are bidding goodbye three years earlier than expected to a pair of adult pandas on loan from China. Their sojourn in Canada is being cut short because of the coronavirus crisis, which has disrupted the supply of fresh bamboo needed to keep the animals alive, roly-poly and adorable.

“We believe the best and safest place for Er Shun and Da Mao to be during these challenging and unprecedented times is where bamboo is abundant and easy to access,” Clement Lanthier, the zoo’s president and CEO, said in a statement Tuesday. “This was an incredibly difficult decision to make, but the health and well-being of the animals we love and care for always comes first.”

The new arrival at the Ouwehands Zoo, still nameless and of unknown gender, was born May 1 — International Labor Day, which the then-expectant mother no doubt found appropriate. Because many of the tiny cubs die in the first 10 days, zoo employees held their breath until the critical period had safely passed earlier this week.

The zoo said Tuesday that the cub is already developing dark patches on its shoulders and front legs, which will grow to become the distinctive markings of one of the most beloved, yet vulnerable, species on Earth. (The incipient markings cannot be seen in the video posted on social media by Robin de Lange, the zoo’s general manager.)

“More than a week later, the young has grown visibly,” said the zoo, which has been closed because of the COVID-19 pandemic but plans to reopen next Monday. “Not only in length but also in weight. The well-filled belly is noticeable, and a gentle coloring is also visible. … The relatively long tail of the panda cub is also striking!”

The cub will remain at Ouwehands for four years, after which it will be moved to China to participate in the breeding program there.

The couple fetched up on Canadian shores in 2013 as part of a 10-year loan from China and spent the first half of that time at the Toronto Zoo, where they sparked widespread rejoicing by giving birth to twins two years later — the first panda cubs to be born in Canada.

The family was relocated to the Calgary Zoo in 2018, but the cubs were sent back to China, as previously agreed, in January. Now their parents are following them home in a premature departure brought on by the coronavirus crisis.

An adult panda eats almost nothing but bamboo, and lots of it: nearly 90 pounds a day. The zoo has sourced the stuff directly from China (best not to think of the food miles), but the cancellation of flights between Calgary and China because of the coronavirus has disrupted that supply line. The zoo, currently closed, said that its search for alternative sources had been plagued by “misdirected shipments, slower-than-acceptable delivery times causing some poor-quality bamboo that the giant pandas won’t eat and concern with limited supplies.”

“I am continually amazed by the resourcefulness and dedication of our team,” said Lanthier, the zoo’s chief. “Unfortunately, they are fighting against forces much greater than the Calgary Zoo.”

The zoo has not said exactly when the pandas will leave. When the time comes, alas, in-person farewells will not be possible. But in the meantime, fans can still watch Er Shun and Da Mao on the zoo’s popular PandaCam before they return to their homeland — and all the bamboo they can eat.