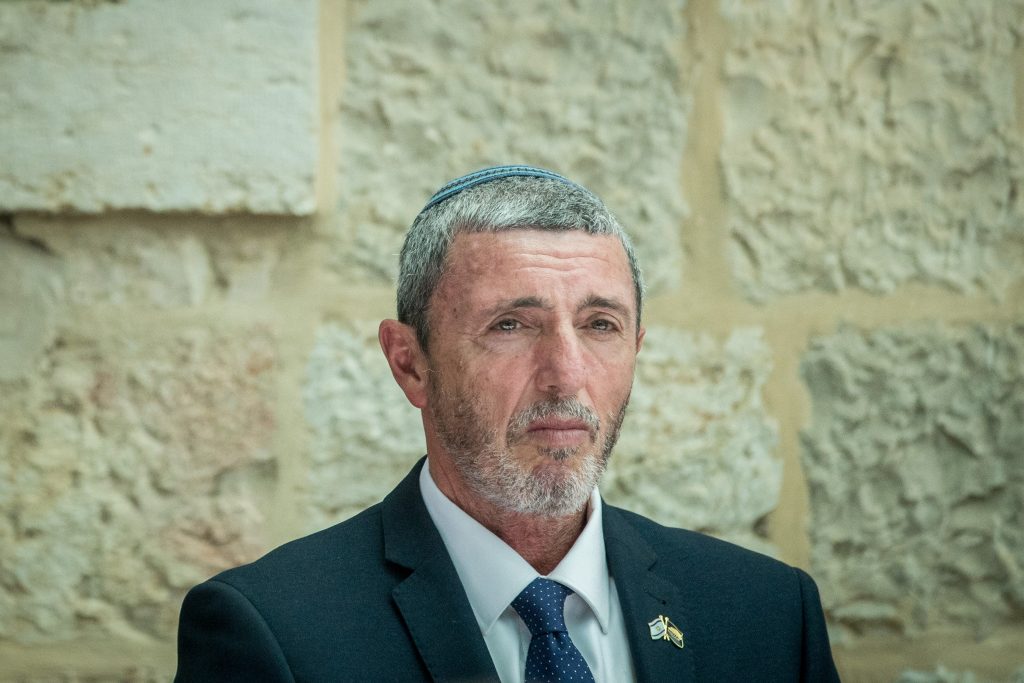 Outgoing Education Minister and leader of the Jewish Home faction Rabbi Rafi Peretz is to leave the Yamina party and be appointed a minister in the new government.

According to the agreement between the Jewish Home and Likud, Peretz will serve as Minister for Yerushalayim Affairs and National Projects.

Peretz accepted the offer from Prime Minister Binyamin Netanyahu, who lobbied him strongly on the matter throughout the day Wednesday.

The new government is to be sworn in on Thursday night.

During the negotiations with Netanyahu, Peretz demanded that he receive some divisions of the Education Ministry, relevant to the religious sector. Due to the legality to release the coalition agreements 24 hours before the inauguration, it is possible that Peretz will only be sworn in next week.

Besides the Jewish Home of Rafi Peretz, the Yamina party also consists of the New Right (Naftali Bennett and Ayelet Shaked’s party) and the National Union (Betzalel Smotrich’s party). As far as Peretz is concerned, the split is simple, since he heads the Jewish Home. Due to his party having just one mandate, Peretz has not been able to convince Netanyahu that he should continue his role as education minister.

Rafi Peretz has faced a lot of criticism in the national-religious sector, initially with the way in which an agreement with Itamar Ben-Gvir was closed, and then the way in which he broke up the partnership, and now with this split from Yamina.

In a scathing attack on Naftali Bennett, the Likud said Thursday that Bennett is only against the new government because he didn’t get the portfolio he wanted.

“If Bennett had received the health portfolio then he would’ve said this is a rightwing dream government. Because he didn’t, he decided to drag Yamina into the opposition, and he didn’t recommend Netanyahu to the president, contrary to the will of his voters.

“In the first round of elections, Bennett’s party did not pass the electoral threshold and wasted many votes on the rightwing. In the third election — just because of a portfolio — Bennett opted to take his six rightwing seats to the opposition together with Lapid and Liberman instead of joining a government that will lead a historic course of sovereignty.

“The Bennett era is over,” the Likud statement claimed.