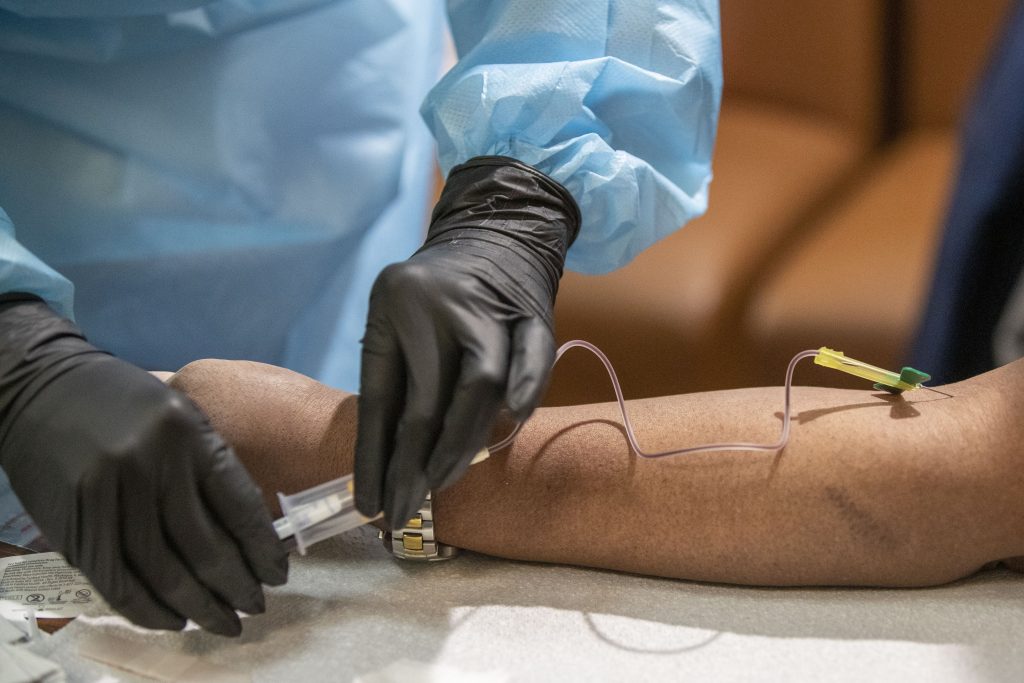 Administrators worry there won’t be enough kits for an estimated 370,000 tests a week on workers at nursing homes and other adult care facilities, nearly double the total of tests done statewide now on people in all walks of life. The homes also have questioned who will cover an expense estimated around $150 per test, though the state suggested Thursday the homes could send workers to free state testing sites.

“It’s the right thing to do, it’s a good idea, we support it, but the logistics of it and the cost of it need to get thorough consideration,” said Neil Heyman, who heads the Southern New York Association of about 60 New York City-area nursing homes. He and the heads of four other nursing home umbrella groups told Gov. Andrew Cuomo in a letter Wednesday that “there are a myriad of practical problems that will make it impossible to comply.”

Cuomo, a Democrat, says the testing requirement may be “a pain in the neck,” but it’s necessary.

“We have to be able to say … when this is over, that we did everything we could to protect people,” he said Thursday on WAMC-AM radio.

The COVID-19 virus causes mild or moderate symptoms for most people. But it has killed over 29,000 people in nursing homes and long-term care facilities nationwide — including over 5,500 in New York, more than in any other state, according to an Associated Press tally.

West Virginia in late April required testing for all nursing home residents and workers. Other states dispatched the National Guard to help with testing. Some New York homes and their local governments made their own arrangements for blanket testing, sometimes with state help.

But the state didn’t require it until Cuomo issued an order Sunday, amid criticism from residents’ relatives, watchdogs and some politicians over his approach to protecting what he has called “the most vulnerable people in the most vulnerable place.”

The next day, the White House recommended, but didn’t order, testing for all nursing home residents and staffers in the next two weeks. Several states, including Texas and Pennsylvania, have since taken steps to demand or encourage coronavirus testing in nursing homes.

New York’s order instructs nursing home operators “to test or make arrangements for testing” all staffers twice a week — unlike in West Virginia, for instance, where the state health department and National Guard carried out the testing of 28,000 residents and workers.

New York homes that don’t comply can face thousands of dollars in fines or lose their licenses. Employees who refuse to get tested can be barred from working until they do.

“I do think that there will be challenges to implementation for some at the beginning,” said Mollot, executive director of the Long Term Community Care Coalition. But he noted that the federal government has provided some financial relief funds.

“Nursing homes can and should utilize them to pay for resident care and safety, including any unanticipated expenses that might arise from the need for testing,” Mollot said.

But nursing homes fret that the state is setting the bar too high.

The Society for Post-Acute and Long-Term Care Medicine, which represents more than 50,000 professionals in the field, is “very concerned,” executive director Chris Laxton said.

Besides the question of paying for the tests, the requirement “threatens to make staff shortages, already unsustainable, completely unworkable, and will quickly overwhelm commercial labs,” Laxton said.

The state Health Department said Thursday that lab capacity and other issues are still being worked on, and decisions about many details will be left to nursing homes and county governments.

But “we are working with nursing homes to ensure that they have access to the 31 state-run testing sites at no cost,” the Health Department said in a statement.

Some areas were already getting started.

“We are doing everything in our power to help protect residents,” said County Executive Ed Day, a Republican. “We know how difficult and worrying this situation is.”