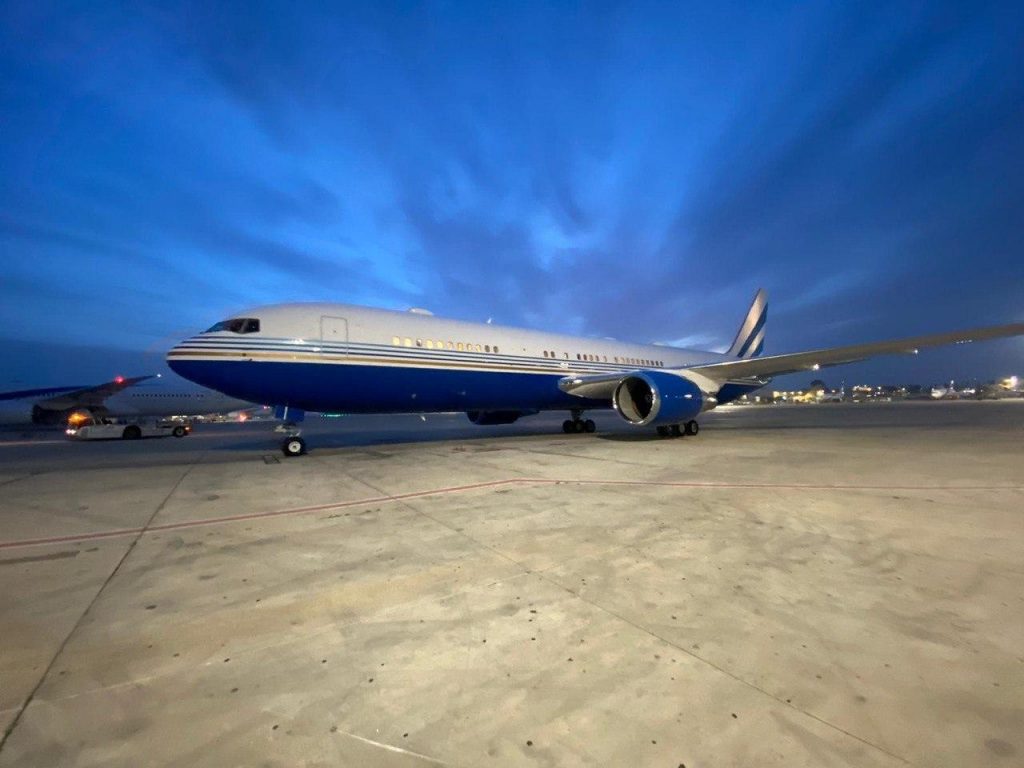 A group of 26 Israelis stranded in Morocco since before Pesach over the coronavirus pandemic landed in Israel on Thursday morning.

The group was extracted from the Muslim country in a secret operation devised by MK Nir Barkat (Likud), who appealed to Dr. Miriam and Sheldon Adelson for help in chartering a plane.

Among the passengers were Israeli youths who were on an overseas trip, an Israeli Bedouin Arab from east Yerushalayim, and Israeli and Jewish businessmen with dual Israeli-Moroccan citizenship.

Morocco does not maintain diplomatic relations with Israel, which required the Israelis to appeal to private entities for assistance.

After ten people of the initial group died due to coronavirus, the plan began to form, involving close and secret diplomatic work with Morocco.

Prime Minister Binyamin Netanyahu used diplomatic channels to get the proper permissions to achieve the mission, which resulted in the Israelis being flown home through Paris.

“For three months now, I have not seen my family, my three children,” said Ilan Hatuel, one of the passengers brought back on the flight. “It is very difficult. I thank the National Security Council and the prime minister, Dr. Miriam and Sheldon Adelson, MK Nir Barkat and the entire staff that took care to bring us home.”

The matter was brought to Barkat’s attention and he took the lead on the extraction, keeping in constant contact with the group as various options were explored.

The Likud MK contacted the Adelsons, who immediately agreed to help, granting Barkat use of their private plane in order to fly the group home.

The group left Morocco on Wednesday for Paris on an Air France flight. Once in the French capital, the Israeli boarded the Adelsons’ plane and headed home.

Devising the extraction included intense efforts by the National Security Council at the Prime Minister’s Office, which employed various diplomatic channels to facilitate the mission.

MK Barkat, who waited for the plane at the Ben Gurion International Airport, told Yisrael Hayom he was “delighted to see the plane land and very happy I had the opportunity to be part of this operation.”

Discussing the operation, Barkat said, “This was a very complicated process because Morocco has no diplomatic relations with us. For some time, authorities would not grant the necessary permits [for them] to leave the country and it took considerable efforts to bring them back to Israel.

“To the Adelsons’ credit, they immediately made their American aircraft available for the rescue flight. This is an exceptional display of the mutual guarantee the State of Israel shows its citizens. Even during the coronavirus crisis, Israel will not abandon its citizens and we spare no effort to bring them home.”

The initial plan involved cooperation between Israel and the United Arab Emirates, which also had a group of its citizens stuck in Morocco. The UAE reportedly attempted similar moves with several other countries, according to Army Radio.