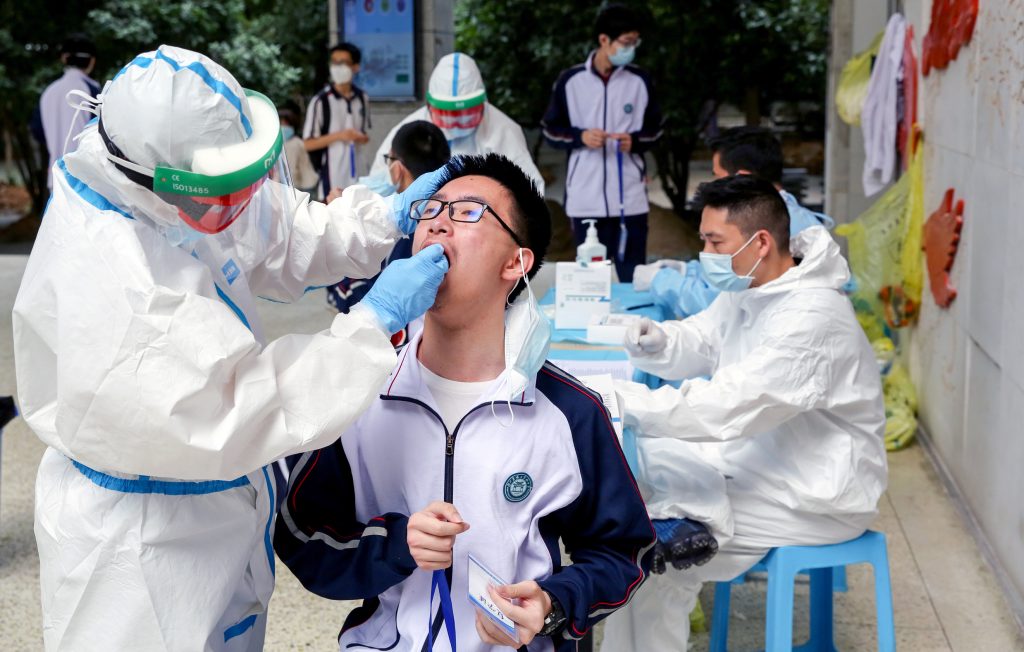 Authorities in the Chinese city where the coronavirus pandemic began were moving forward Wednesday with efforts to test all 11 million residents for the virus within 10 days after a handful of fresh infections were found there.

China, the first nation to put a large number of its citizens under lockdown and the first to ease those restrictions, has been strictly guarding against any resurgence.

District health commissions and neighborhood committees in the city of Wuhan have been told to develop a plan to test all residents in their jurisdictions, local media reports said. The directive also said the testing should focus on the elderly, densely populated areas and places with mobile populations.

A person who answered the mayor’s hotline in Wuhan on Wednesday said local districts had been given 10 days to carry out the tests. The official declined to give his name because she was not authorized to speak to reporters.

The first cases of the new coronavirus were found in Wuhan in December, and by the end of January the government had placed the entire city and the surrounding region, home to more than 50 million people, under a strict lockdown.

A cluster of six new cases was recently found in one part of the city, the first local infections the government has reported in Wuhan since before the lockdown was eased in early April.

It wasn’t clear how many people would actually still need to be tested, as one expert at Wuhan University told the Global Times newspaper that up to five million residents of Wuhan have already been tested since the outbreak began.