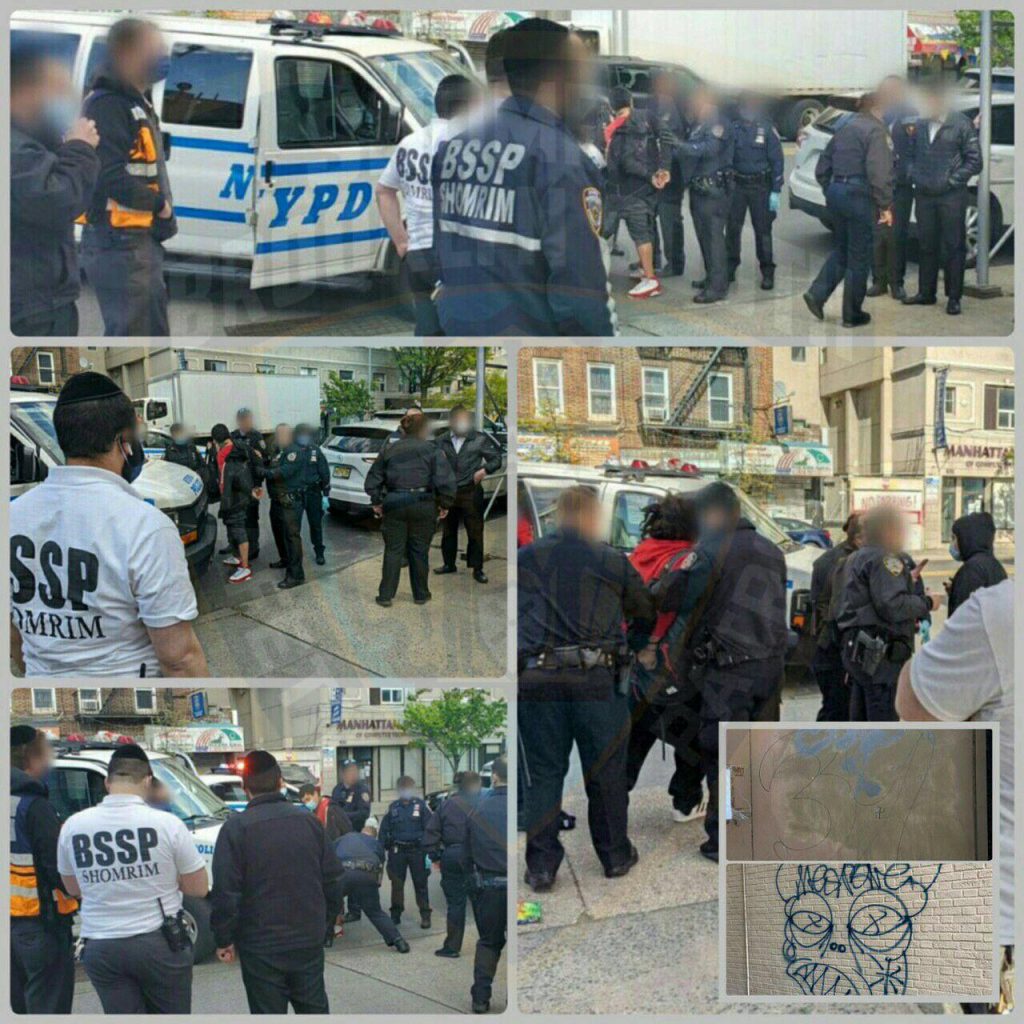 The NYPD arrested two people in Boro Park on Tuesday after being called by Shomrim after anti-Semitic graffiti was sprayed at the intersection of McDonald Avenue and 18th Avenue.

Upon arrival, the officers were met by members of Shomrim who advised officers that two adult males drew a swastika and the number “39” on the front of Chase Bank, located at 4323 McDonald Avenue. Shomrim personnel advised police that they responded to Chase Bank and observed the two individuals entering an MTA bus at East 2nd Street and 18th Avenue, and then saw them disembark at Coney Island Avenue and 18th Street. The Shomrim personnel identified the individuals, a 22-year-old male and a 23 year-old male, who were then taken into custody without incident by members of the NYPD.

Charges against the two males are pending, for vandalizing property with graffiti and scrawling a hate symbol. NYPD Hate Crimes is investigating.

Josue Fuentes, a 22-year-old male residing at 1683 McDonald Avenue in Brooklyn, was charged with aggravated harassment as a hate crime, criminal possession of a weapon, and some graffiti related charges.

John Hernandez,  a23-year-old male residing at 1107 McDonald Avenue in Brooklyn, was charged with menacing a police officer, aggravated harassment, and some other secondary charges.