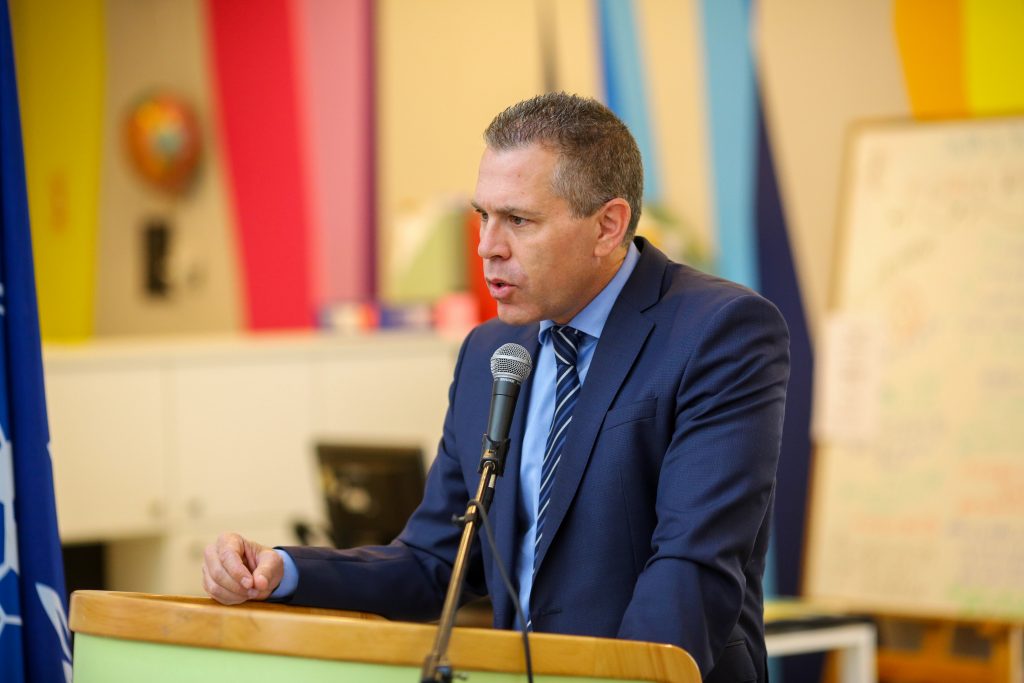 Money donated by European governments and private individuals towards Palestinian “civil society organizations” is making its way into the coffers of terrorist organizations, a new report from the Strategic Affairs Ministry warns.

The ministry issued the report after the European Union announced it would be funding Palestinian civil society organizations, even if they include members who support terrorism. The head of the EU representative office to the West Bank and Gaza announced that Palestinian entities and groups which are affiliated, sympathize with, or support any of the entities mentioned in the EU-restrictive list, to include Palestinian terrorist groups, are not excluded from EU-funded activities.

According to the report, Palestinian activists have established a way of securing European donations that allow them to carry out terrorist activity in addition to civil society work.

“The links to civil society entities in the West allows them a way of securing financial assistance that they could not receive any other way,” the report states.

In the past two years, the Shin Bet has exposed a number of incidents in which Hamas took control of money belonging to aid organizations that are active in the Gaza Strip, and in some cases used them for terror activities against Israel.

One notable example was a case of European donations that went to fund terrorists involved in the murder of Rina Schnerb, Hy”d, in August 2019. Samar Arbid, head of the cell that killed Schnerb, 17, and wounded her father and brother in an attack at the Danny Spring in the Shomron, played a key role in an organization named Addameer, which is defined as “active in human rights.”

Other member of the same cells earned a living from European government donations to “civil society groups.”

Last Thursday, Israel reprimanded Emmanuel Joffre, head of an EU delegation to Israel, for the announcement that the funding would continue.

Rina Schnerb’s father, Eitan, is now joining the calls to block EU funding from reaching terrorists. In a public appeal to the Europeans, Schnerb wrote, “I was amazed to discover that Arbid was a member of the ‘human rights group’ Addameer. How can it be that people who sanctify death are active in human rights groups? How can it be that for years, they have been receiving millions of euros in aid from European nations?

“I have no doubt that European countries do not support terrorism and the murder of innocent people. However, they certainly understand that the links between Palestinian civil groups and terrorist organizations is a reality that must be condemned. I urge you: Do not turn a blind eye. Do not allow yourselves to be duped. Do not lend a hand, a platform, or funding to these organizations,” Schnerb wrote.

Strategic Affairs Minister Gilad Erdan added that “the EU has capitulated to Palestinian pressure. Millions of euros that went to Addameer show the real threat posed by the EU decision. This is a dangerous precedent.”

The announcement by the EU representative in Ramallah, made to a group of Palestinian NGOs, contradicts the European Union’s terms issued in 2019 obligating Palestinian institutions to ensure that no beneficiaries of EU funding for their projects or programs are affiliated with groups listed on the European Union’s terrorist organizations list, such as Hamas, Izzedine al-Qassam Brigades, Al-Aqsa Martyrs Brigade, Islamic Jihad, and the Popular Front for the Liberation of Palestine.

“The EU had an opportunity to stand against terrorism. Unfortunately, the European Union capitulated to Palestinian pressure. Millions of euros, which have already been transferred by European countries to the Palestinian organization Addameer, illustrate the danger in the EU’s stance. This is a dangerous precedent which could enable terrorist groups an opportunity to launder their finances,” Erdan said.

The Strategic Affairs Ministry released Wednesday its newest report, aptly named “Blood Money,” which provides an in-depth analysis on the ties between the international-designated terrorist group the Popular Front for the Liberation of Palestine (PFLP) and the Palestinian NGO “Addameer.” In the report, the ministry delves into the dangers which lay in the EU transferring funds to terror-ties civil society organizations.

According to the report, 11 past and present Addameer employees served in the PFLP, some of whom until recently. These senior officials have been recognized for acting as “human rights activist during the day and terrorist at night.”