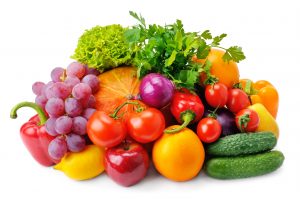 “Amid lockdowns people are eating healthier, are cooking their own food and are consuming more fruit and vegetables,” said Charlotte De Backer, who coordinated the study at the University of Antwerp in Belgium.

As they deserted offices and cooked at home, shoppers cut purchases of microwaveable food in all the countries surveyed – Australia, Belgium, Chile, Uganda, the Netherlands, France, Austria, Greece, Canada, Brazil and Ireland.

In nearly half of the countries surveyed, shoppers bought fewer salty or sweet snacks, although overall sales remained stable.

Consumption of salty, fat and sweet products usually goes up when people are under stress, but during the pandemic this heightened craving has been fulfilled in many countries with home-baked delicacies, said De Backer, who chairs FOOMS, a research group on food and media at the University of Antwerp.

Chile, for instance, saw a large drop in sales of snacks, but also the biggest rise in purchases of flour and yeast.

Consumption of meat, fish and alcoholic drinks remained stable throughout the pandemic.

The survey, based on voluntary online responses from April 17 to May 7, of which 6,700 were from Belgium, will be extended to consumers in about 25 countries with final results due by the end of June.

De Backer said the preliminary findings showed clear trends that were unlikely to be modified by new data, as the pandemic has strengthened people’s attention to food and healthier options.

Muriel Bernard, founder of Belgium-based organic food online retailer eFarmz, had to nearly double her workforce to 25 to meet demand for her fresh products. “After a few days of confinement we have seen a big increase in sales,” she said.

In all surveyed countries people bought more fresh, canned or frozen fruit and vegetables throughout lockdowns, a change De Backer said could be explained by heightened health concerns.

Careful planning to cut time spent in supermarkets could also have contributed, De Backer said. “If you make a shopping list, you plan your meals ahead and you are less likely to add unhealthy food.”

Respondents to the survey, who were mostly women, also tried new recipes during the pandemic and used more leftovers, reducing food waste.

This attitude is linked to fears of food shortages, De Backer said, and is likely to recede once consumers see no more empty shelves in supermarkets, which have suffered some supply disruptions during the pandemic.

But some of the eating habits are likely to outlast the epidemic, De Backer added, because in many countries lockdowns lasted longer than the six weeks it takes to form a new habit.

Also, as people grow more confident in the kitchen, trying new recipes, one of the key barriers to home cooking may be torn down, De Backer said.

Some farmers lost out. The closure of restaurants cut demand for products like mushrooms, lettuce and micro-vegetables, according to Freshfel Europe, an association representing the European sector for fresh produce whose annual turnover is estimated at €200 billion ($216 billion).

And some shoppers bucked the trend. “We eat a little worse. We go on food binges with more sweets,” said Salvatore, who is looking for a job in the catering industry in Belgium.