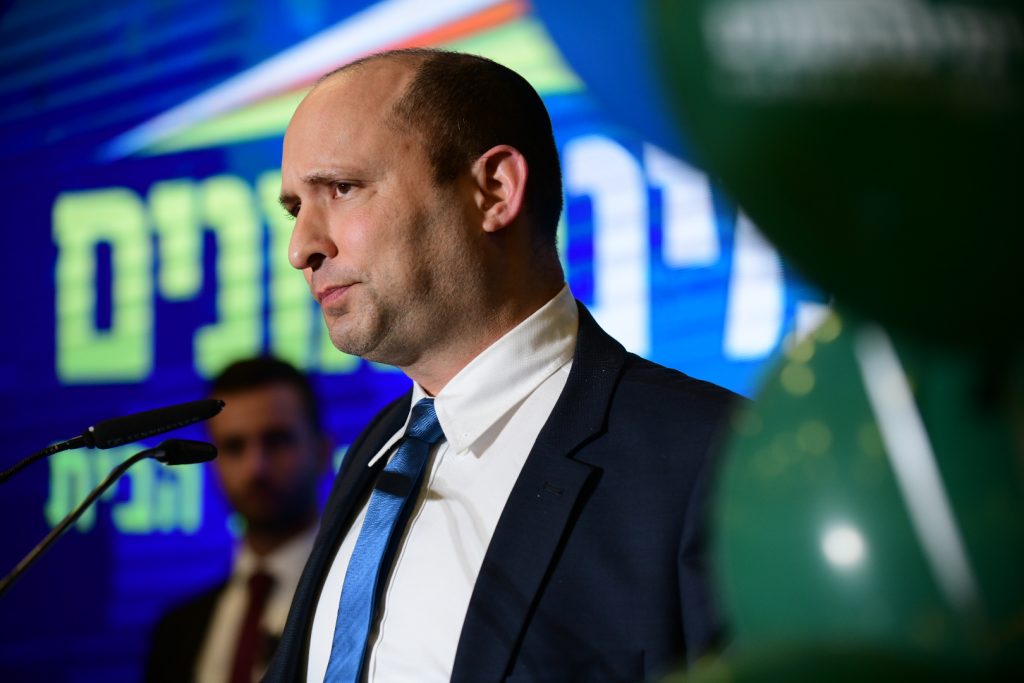 With only hours to go before the swearing-in of the new government, a final bid to bridge the gap between Likud and Yamina failed late Wednesday afternoon, signaling the breakup of the right-wing bloc.

The proposal includes the Education Ministry, Yerushalayim portfolio, a Deputy Minister responsible for the National Service and Settlement affairs, and chairmanship of the Knesset Absorption Committee for half the term.

Due to scheduling conflicts, the negotiations were conducted by phone.

Afterwards, Bennett tweeted, “The decision is Netanyahu’s. As I have said from the start, we are only interested in entering a govt where we would have influence, and influence comes from the issues for which we would be responsible. If the PM wants us in positions of influence we would be happy to enter, but if he wants us weak and on the fringes we would rather be in the opposition.”

Earlier in the day, chareidi party leaders urged Netanyahu to make every effort to bring Yamina into the coalition.

“We would like you to act in every way so that the Yamina party…will find its place with us as an integral part of the right-wing bloc together in the coalition formed by the Likud and Blue and White,” the letter read, as quoted by Arutz Sheva.