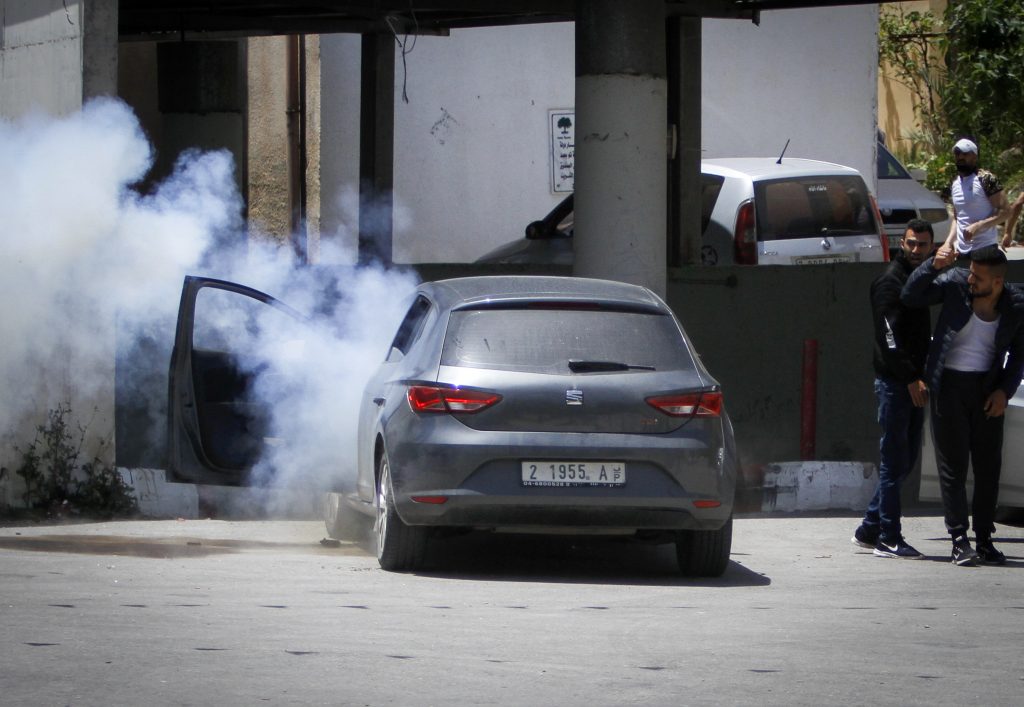 An IDF soldier was wounded as Palestinian terrorists hurled stones Wednesday morning at IDF troops during an operation in the Chevron region.

The soldier was wounded while IDF forces carried out an arrest operation to apprehend a number of wanted suspects in Al-Fawar, near Chevron.

Rioting broke out during the arrest operation, with stone-throwers targeting Israeli security personnel.

One rioter was killed and four more wounded. Two other Palestinians were hit and injured during the clashes.

The Palestinian Authority’s health department identified the slain rioter as 14-year-old Zaid Fadel Al-Qaysiah, whom the PA claimed was “killed by a live bullet in the head fired by the Israeli soldiers in the Al-Fawar camp.”

The IDF responded to the PA report, saying, “We are aware of a report regarding a Palestinian casualty and a number of injured Palestinians.”

The incident comes a day after 21-year-old IDF Staff Sergeant Amit Ben Yigal, Hy”d, was killed by Palestinian terrorists during an arrest operation in Yaabad, near Jenin.

The IDF continues its hunt for the suspect in that attack. Over a dozen Palestinians have been arrested, but the IDF has not indicated that any of those suspects had been the one who threw the lethal stone.