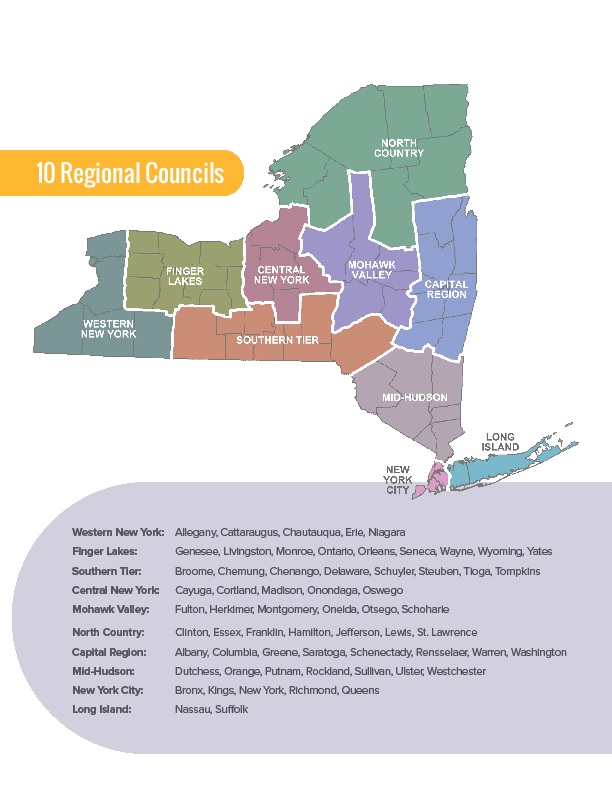 A fourth region of upstate New York has met the criteria to gradually restart its economic activity as the state prepares to slowly relax its pandemic-induced social restrictions, Gov. Andrew Cuomo said Wednesday.

The North Country, a sprawling, rural swath that includes the Adirondack Mountains, met all seven benchmarks the state requires before selected businesses can be approved for reopening, according to the administration.

New York’s Southern Tier, the Mohawk Valley and the Finger Lakes previously met the standards, and regions are preparing to reopen in phases as early as Friday.

New York’s 10 regions can start reopening once they demonstrate that COVID-19-related deaths and hospitalizations are down; that there are enough hospital beds to meet any new surge in cases; and that there is sufficient local testing and contact-tracing efforts.

The economic re-openings will proceed in phases, starting with construction, manufacturing, retail with curbside pickup, agriculture, forestry and fishing.

Most other states have begun phasing in reopening activities. But Cuomo opted to go slower, starting with upstate areas outside the hard-hit New York City region.

New York state recorded 166 new deaths Tuesday, bringing the total since March to more than 22,000. The state tally does not include the more than 5,100 deaths in New York City that were attributed to the virus on death certificates but weren’t confirmed by a lab test.

Though hospitalizations are down, New York still averages more than 400 COVID-19 admissions a day.

New York City is launching a public service campaign to inform parents about a rare syndrome that is thought to be linked to COVID-19 and has been diagnosed in more than 80 children in the city, Mayor Bill de Blasio said Wednesday.

Digital ads alerting parents to the symptoms of the inflammatory condition in children will start Wednesday, de Blasio said, and ads on broadcast media, on bus shelters, and in community newspapers will follow.

“We have to rapidly inform families all over the city,” the mayor said.

The syndrome affects blood vessels and organs and has symptoms including prolonged fever, abdominal pain and vomiting. Three children diagnosed with the syndrome have died in New York state, including one in New York City.

Of the 82 children diagnosed in the city with what the medical world is calling pediatric multisystem inflammatory syndrome, 53 have tested positive for COVID-19 or its antibodies, de Blasio said.

Ambulatory surgical centers in these 47 counties will also be able to resume elective surgeries. The State Department of Health clarified that these centers may continue providing certain diagnostic or screening procedures, and the Empire State Development Corporation also clarified that doctors’ visits continue to be permitted and remain open as essential businesses.

“When this pandemic first began our hospital systems were overwhelmed and we stopped elective surgeries to increase our hospital capacity for COVID patients,” Governor Cuomo said. “We have made tremendous progress to stop the spread of this infection and all the arrows are pointing in the right direction. We are now at a point where we can restart elective surgeries in counties without a significant risk of a surge of COVID-19 in the near term, and a total of 47 counties have met the criteria to begin resuming these elective treatments.”